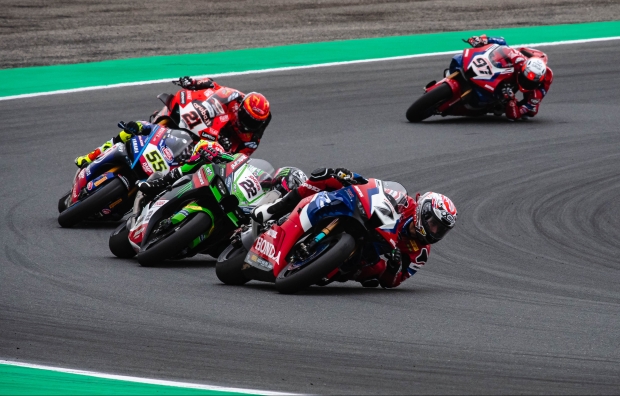 The third 2022 Superbike World Championship round has concluded at the Estoril Circuit in Portugal, with Team HRC and rider Iker Lecuona scoring a very positive fourth and sixth place finish in the day’s races. After achieving his best result of the season so far yesterday in race 1, Xavi Vierge was a little unlucky today, suffering a crash in the Superpole race, before closing the last of the weekend’s races in ninth position.

The 10-lap Tissot Superpole race got underway on a slightly damp track at 11am local time. After opting for an intermediate front tyre and a slick rear, Lecuona moved quickly into fifth place through the opening lap, and fourth on the subsequent lap. Riding superbly in the mixed conditions, Iker was the fastest rider on track early on, his strong pace allowing him to come very close to passing third-placed Bautista. In the latter stages, he lost a little ground with respect to the top three but was nevertheless able to defend fourth place all the way to the line, earning more important points in the process. It was a different story for Vierge unfortunately, as the Spaniard’s race came to an almost immediate end after he crashed out at turn seven on lap one. Fortunately, the rider was unhurt and able to compete in the afternoon’s second race.

Conditions were dry as the last of the weekend’s Superbike races began at 2pm,  though drops of rain then fell at various points throughout the 21-lap race. Thanks to his Superpole race result, Lecuona lined up on the second row and was lying fifth through the first corners, despite having lost his front fender during the warm-up lap. Managing the situation and settling into sixth place, part of the chasing group, Iker then pushed to stick with Locatelli immediately ahead of him in an attempt to reclaim fifth position. Iker could not quite pass him but finished sixth, just 0.077 from fifth. Eleventh off the line, Vierge immediately made up two positions to place ninth before moving up to eighth a lap later. After a spectacular save which nevertheless caused him to lose some ground, the Team HRC rider went on to tussle with Redding mid-race,  before winning the duel with him and Fores to conclude the race ninth.

Three rounds in, and Lecuona and Vierge currently lie fifth and eighth respectively in the championship standings, with 76 and 48 points. Team HRC will be back on track for round four of the Superbike World Championship, set to take place at the Misano World Circuit over the weekend of 10-12 June.

“I’m really happy with our weekend here, my first visit to Estoril. We really improved the feeling with the bike over the weekend and this morning I felt very good in the wet during warm-up. If I’m honest, I would have been happy if the weather had stayed fully wet for the races. In the end, we had mixed conditions and in the Superpole race, even though we’d never tried the intermediate tyre, we decided to go with it at the front, together with the slick at the rear. It was a gamble, but I like a challenge! Sometimes you win, sometimes you lose and, in this case, I struggled a bit with the front through the final laps, but we finished P4 and it was amazing, the feeling with the bike was really amazing. So we went into race 2 really confident but of course we experienced the most unlikely event, losing the front fender at the start of the warm-up lap! I tried to understand how to manage the race and I came really close to coming back into the pits, but then I realised that I could brake safely so I carried on. There was some vibration along the straight of course, and during braking too, but it was manageable, and we eventually finished just eight seconds from the winner. I was able to chase Loca and finish less than one tenth from him. We completed all three races in the top six, and are still P5 in the championship, so I leave here very happy and am looking forward to the next one!”

“It has not been the best race day for us today after a very positive Saturday. The Superpole race ran in mixed conditions, but we knew that we had good potential and we had much to gain and not so much to lose so we gave it our all. I had made up several positions early on when I hit a wet patch at turn 7 and crashed. I want to say sorry to the team for that mistake. In the second race we tried to match yesterday’s results and our pace was good, until I had a “big moment”, saving what could well have been a crash! After that, our rhythm was still good but not as strong as it had been previously, so I re-gained some positions but not as many as I was expecting. Anyway, another top ten, some good points scored over the weekend and a lot of information gained, so we can file this away as a positive round. Thanks so much to the team for their hard job; now we are looking forward to Misano.”

Race Round 03   Estoril Round Portugal 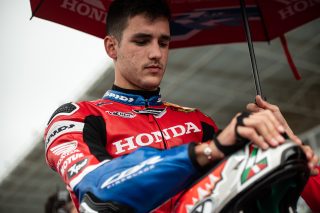 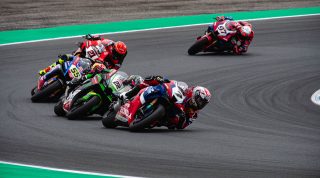 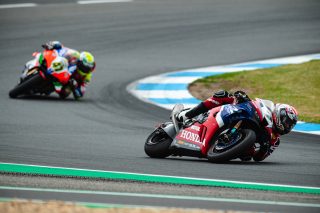 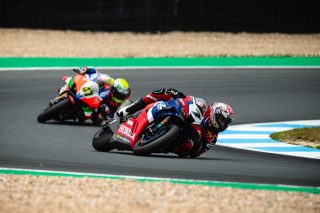 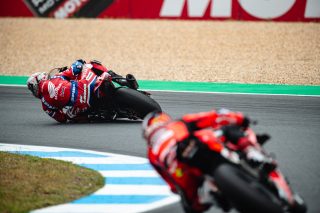 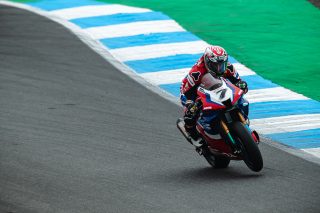 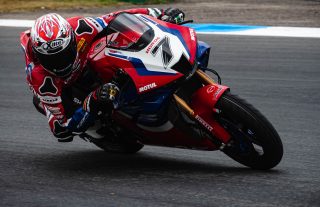 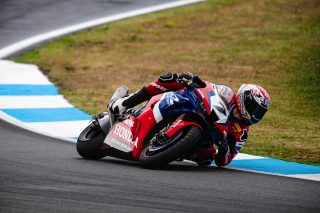 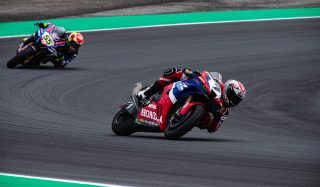 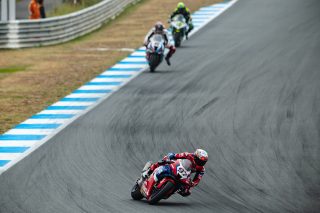 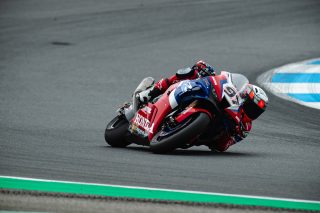 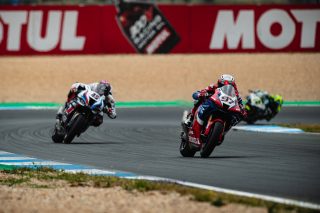 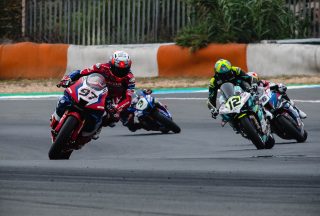 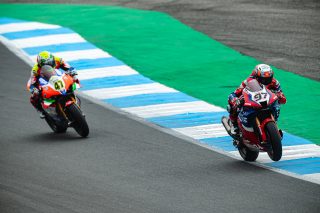 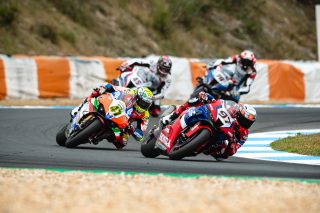 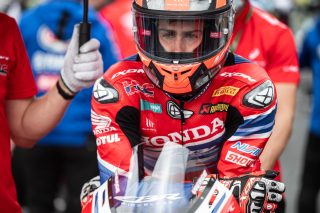 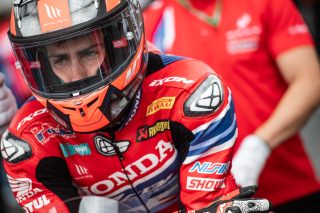 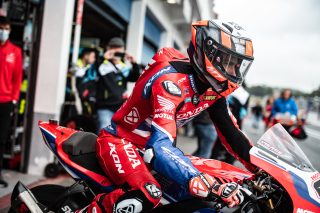 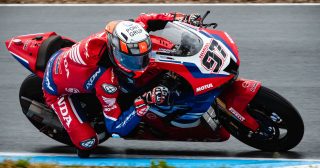 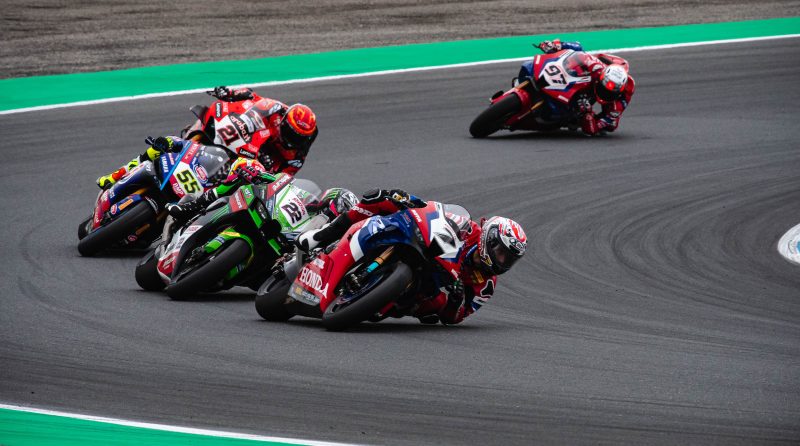