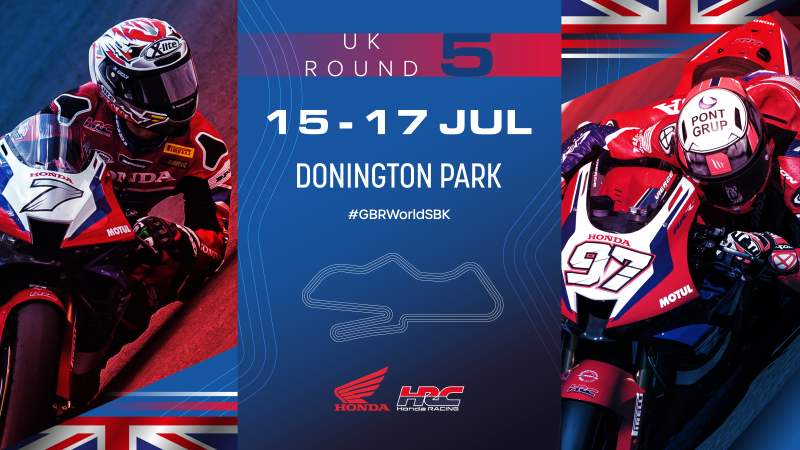 Team HRC and factory riders Iker Lecuona and Xavi Vierge are already on site at the Donington Park circuit in England, where round five of the 2022 Superbike World Championship will get underway on Friday.

Although Lecuona completed a brief test at the classic British track on 21 June, neither rider has any race experience at this particular circuit, and so the Spanish duo will be keen to make the most of the first free practice sessions as they get to grips with the rather tricky layout. Almost one month ago, Team HRC scored some very positive results during the fourth round of the championship at the Misano World Circuit in Italy. Lecuona finished both of Sunday’s races in fifth place, while Vierge crossed the line fourth in the Superpole race. Unfortunately, Xavi then was involved in a race incident during the second SBK race, sustaining hand fractures in the process. Having focused on his recovery since then, Xavi hopes to be able to compete without too many physical issues this weekend.

Located in the county of Leicestershire in England, the Donington Park circuit is an historic stage when it comes to WorldSBK, having hosted the production-derived championship’s very first race back in 1988 and many thrilling battles ever since. Today, the track measures 4.023 km in length and features seven right-hand turns and five left-handers. It is the oldest British track still in operation today.

“These four weeks between Misano and Donington have been quite busy for us. We went to the UK for a one-day test, then we had another two-day session at Misano and finally a trip to Japan for a test for the Suzuka 8 Hours, before heading back to Donington for the race weekend. I had never been to Donington before so having the chance to learn it ahead of time was very positive and means that this week, we’ll immediately be able to focus on bike set-up. I used some of the British riders as a reference early on, and they helped me to quickly learn the best lines through some of those blind corners in the first sectors. I really like the track, although it’s a demanding one from a physical standpoint. I felt it especially in my right arm, which has been operated on in the past following arm pump problems. That’s one more thing I’ll need to consider this weekend. I’m happy to race at this track anyway, in fact I would definitely put it among the three best tracks I’ve ever ridden.”

“I’m quite happy because I’m feeling better than I expected following my injury. The surgery went very well, and I was soon able to get training and cycling again and have worked hard with my physio. I’m looking forward to Donington and have been lucky to have this break between rounds four and five to work on my recovery. It was a pity I couldn’t take part in the recent test, so I’ll have the added job of learning the track but at least I was able to join the team in the garage during the Misano test, where I worked with my data technician, analysing all the data that was collected at Donington. I won’t know exactly how I am until I get back on the bike of course, but on paper it looks like a very nice layout that can suit my riding style, so hopefully I will be fully fit and able to enjoy it right from first practice.” 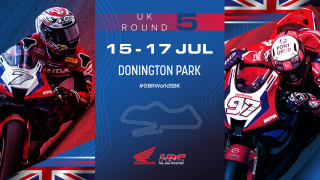