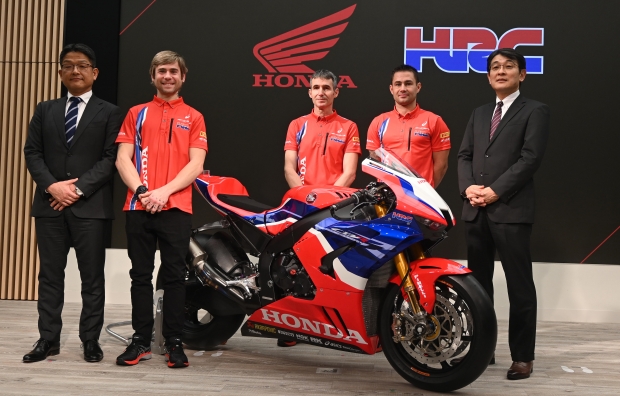 WorldSBK factory Team HRC was launched today in the prestigious setting of Honda Welcome Plaza Aoyama, the iconic Honda Motor HQ located in the heart of the Japanese capital of Tokyo.

Watched by both the media in attendance and fans connected around the world via live streaming, factory riders Alvaro Bautista and Leon Haslam unveiled the beautiful livery of the CBR1000RR-R Fireblade SP that will make its track debut next week, at the opening Superbike World Championship round at Phillip Island (Australia).

Taking to the stage to open the presentation were Managing Officer, Chief Officer, Motorcycle Operations of Honda Motor Co. Noriaki Abe, and President and Representative Director, Honda Racing Corporation Yoshishige Nomura. They spoke about the Honda project with regard to the championship, the CBR1000RR-R Fireblade SP and the riders with whom Honda returns to the production-derived series with a full HRC factory team after an eighteen-year absence.

It was then the turn of Bautista and Haslam, preceded by Team Manager Jaume Colom, and there was no hiding the riders’ enthusiasm at being part of such a united, determined group and a very exciting project, the pair well aware of the challenge that awaits Team HRC but more than ready to tackle it.

On concluding the presentation, the team now flies to Australia, set to participate in a final two-day test session before taking to the track for the first timed practice session of the inaugural WorldSBK Championship round, the races of which will run on 27 and 28 February at Phillip island. 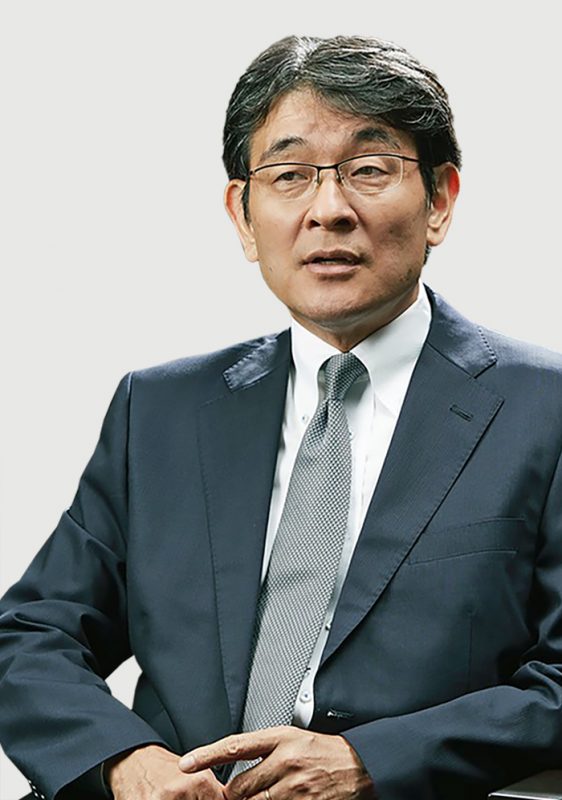 “Racing is an important ingredient of developing Honda products, so it’s not a coincidence that the decision to join again the WorldSBK Championship with a factory team coincides with the launch of the new CBR1000RR-R Fireblade SP. From the beginning this project was designed and developed together with the HRC riders and technicians, and the exchange of information led to the realization of a Super Sport motorcycle “ready to race”. We used many parameters from the MotoGP machine, bore and strokes are the same and by using RC213V technologies and relentless optimization of the engine’s fundamentals, combustion efficiency and friction reduction was achieved. I like to mention also the aerodynamic package - that including the winglets, benefits from lessons learned directly from the MotoGP machine. Although we know it will be a tough challenge, ultimately our factory HRC Team and satellite MIE Racing Althea Honda Team aim to achieve the best possible results. I am confident that our teams in just a few races can fight for the podium”. 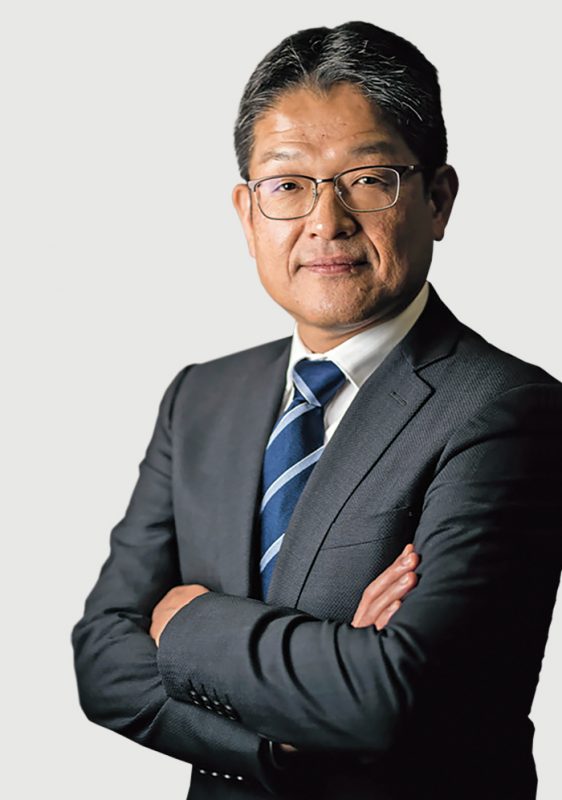 “HRC has participated at the highest level across all top motorsport categories since 1982. So, we are very proud to challenge again with a full factory team in WorldSBK, and with our new flagship super-sport bike, the CBR1000RR-R Fireblade SP. All the championships in which we participate set particular technical challenges that help our engineers to gain experience and grow. This is why Honda fights in the racing world, and WorldSBK is a great racing arena because we have to develop our road bike while abiding by very strict technical regulations. Our ultimate goal is of course to win, but we know it won’t be easy. We have therefore created a new team of extremely capable technicians, who will be based in Barcelona in the same department as our MotoGP and Dakar teams. Our factory riders Alvaro Bautista and Leon Haslam are a strong pairing who bring both great experience and speed. The MIE Racing Althea Honda Team will again be present in WorldSBK as a Honda satellite team, with HRC factory rider Takumi Takahashi. Round 1 will take place next weekend in Australia and I wish Team HRC and the MIE Racing Althea Honda Team lots of luck!”

“I’m very pleased to be part of what is such an important project for Honda and HRC. I see all the work that is going into it and feel very positive energy from everyone at the company and on the team. It’s a very important year for me too. We know that we face a big challenge and that we have a lot of work to do; we’re a new group that is growing together to reach the top as soon as possible. Our goal is to be strong and fast with the Honda, a very competitive bike that can undoubtedly achieve great results. I hope to have fun and entertain all our fans this season.”

“It all feels so real now we’re here in Tokyo. We’re at the Honda HQ and the first races are just around the corner; it’s a dream come true. I am extremely excited and also a little nervous, because I really want to do well, and know we have the potential to do that. We’re ready to work hard and do our very best to achieve strong results. As for the first race, we’re at one of my favourite tracks, Phillip Island, where I’ve been successful in the past. We’ll have to see with regards to the competition of course, but I admit I’m really looking forward to the opening round.” 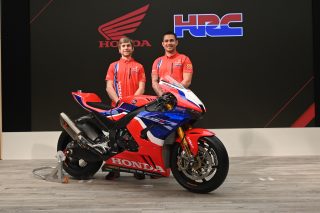 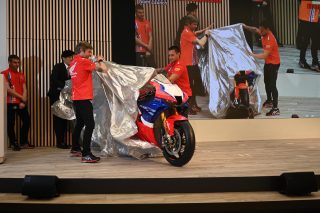 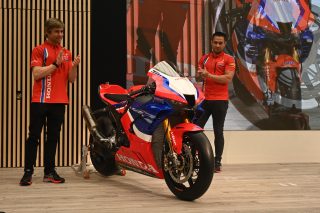 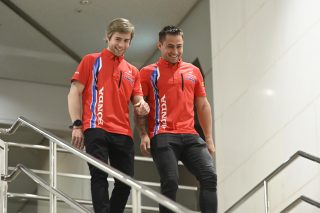 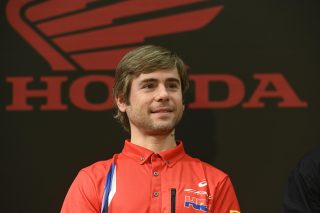 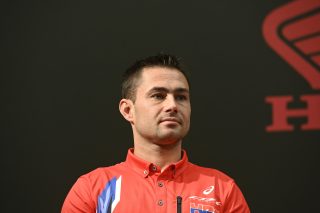 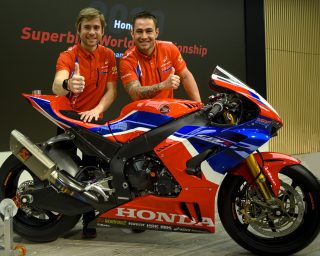 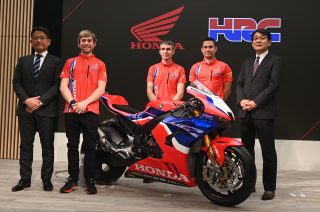 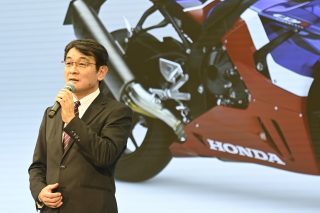 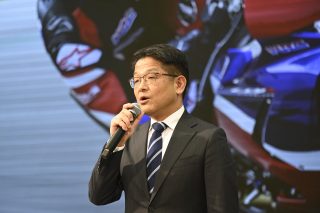 Behind the scenes with Team HRC 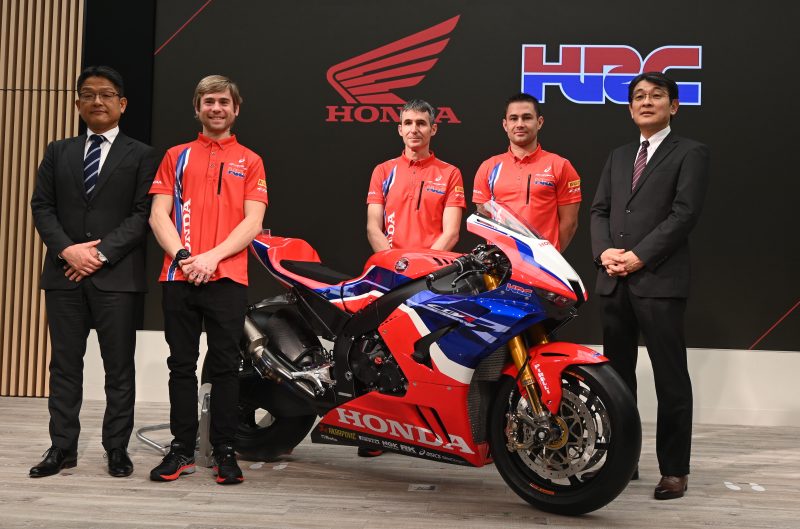