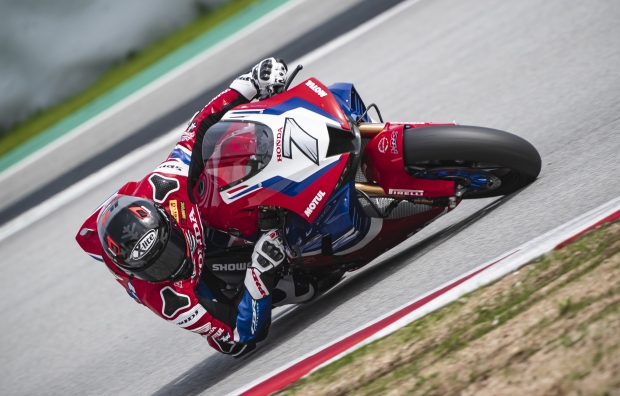 Team HRC has shared the Barcelona-Catalunya circuit with many other WorldSBK teams during the penultimate pre-season test, with the final sessions scheduled to take place at Motorland Aragón on Monday 4 and Tuesday 5 April before round 1 of the 2022 Superbike World Championship gets underway at the same track on Friday 8 April.

After a couple of weeks of rain and mixed weather conditions in the local area, the squad was lucky enough to enjoy a dry, albeit windy and cool, first day of testing on Friday, with temperatures of around 16°C. Saturday on the other hand brought colder conditions and cloudy skies, before it began to rain around midday.

During the intense one and half day of dry testing, riders Iker Lecuona and Xavi Vierge worked hard with their respective crews as they focused on various aspects of the bike’s set-up and continued to adapt to what is a new category for them both. Having put in a qualifying tyre, Lecuona ultimately set the third fastest time in the combined classification (1’41.033), while Xavi Vierge finished 10 overall with a best time of 1’41.719, less than 7 tenths down off his teammate.

In the afternoon, and considering the worsening weather, both riders took the opportunity to try out some rain set-ups and wet tyres. The conditions proved tricky for Xavi Vierge however, and the Spaniard suffered his first fall since joining the team. Despite the turn 12 crash not appearing to be particularly major, Xavi reported a strong pain to his ribs and was therefore taken first to the medical centre and then to the Sant Cugat Barcelona Hospital for further checks. The x-rays reported a fracture to his twelfth rib. The plan is to start immediately with physiotherapy and rehabilitation so as to be back on track as soon as possible.

The next week the team will move on to the Motorland Aragón circuit for a final pre-season test session before the 2022 WorldSBK Championship season opener takes place on 8-10 April.

“On day one, we worked on every aspect of the bike set-up in order to adapt to the Montmelo circuit, looking to improve particularly in terms of the braking, and corner speed too. The feeling has been different compared to Jerez and Portimão, and the weather was not as good as it was during previous tests, but we worked really hard on the bike all the same. I’m also focusing on myself, in terms of adapting to the aspects of this category that are very different to what I was used to, like the electronics for example. I also need to understand the Pirelli tyres a bit better, but we are getting there. Day by day I feel better on the bike and I’m also very happy with the team; they support me at all times and in every way. On Saturday it was good to have a dry morning session, during which we worked to fine tune the set-up before putting in a soft tyre to make a flying lap. I was happy with that lap time but of course it’s just a single lap and in a race you must be fast from start to finish. After lunch the rain came, so let’s say that the afternoon was a good opportunity to learn more about the wet tyres and wet settings. We have room to improve there, so we must keep working. We will now approach Aragón with an open mind, well aware that we still have work to do but also that we have worked well in recent months and will continue to do our best to keep improving throughout the season”.

“The crash was a real shame and came at the end of what’s been a constructive testing session. Yesterday we had the first good weather we’ve seen for a while and were able to make the most of it. Montmelo is kind of a home track for me, but also a new track for me on the CBR, so the first goal was to build confidence with the bike and understand the areas where we need to work and improve the set-up. We focused on those aspects and took some steps forwards over the two days, getting into quite a good rhythm and collating a lot of information. On Saturday afternoon the conditions worsened and after lunch the rain came. We took the opportunity to work on some rain set-ups and wet Pirelli tyres but unfortunately, I suffered a crash which has left me in quite a bit of pain. I will start immediately with physiotherapy and rehabilitation so as to be back on track as soon as possible”. 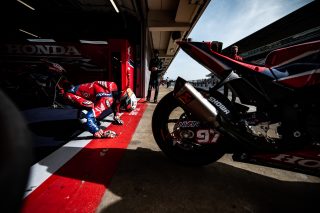 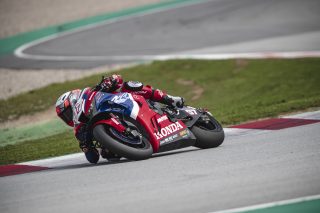 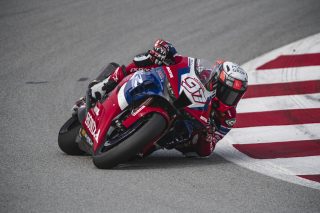 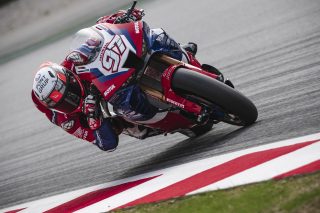 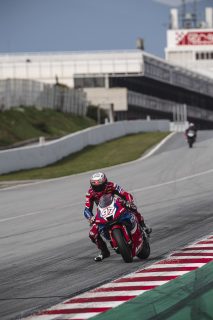 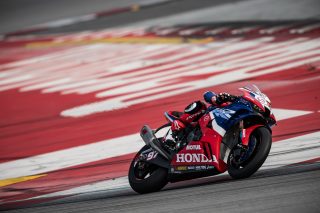 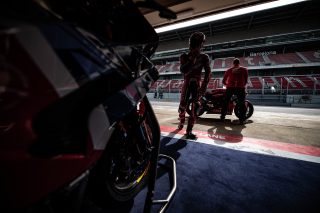 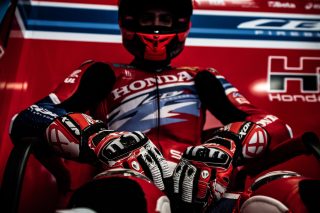 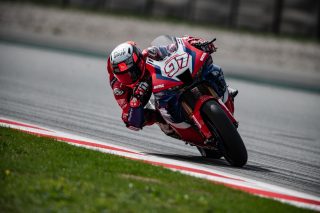 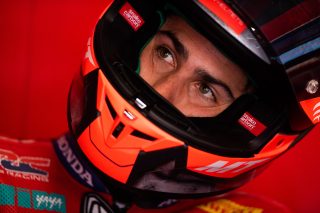 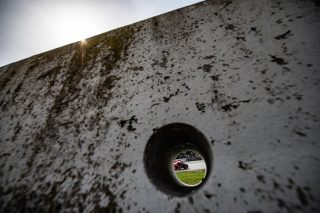 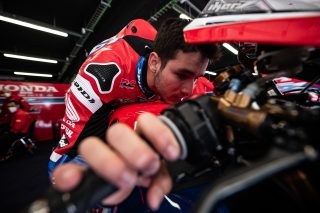 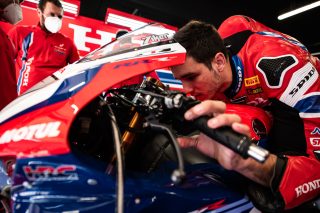 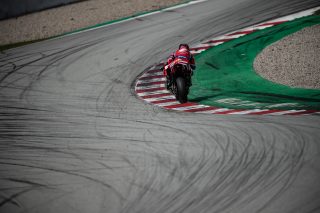 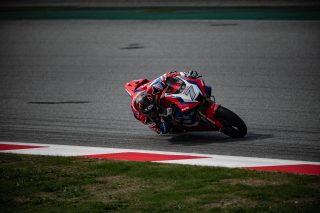 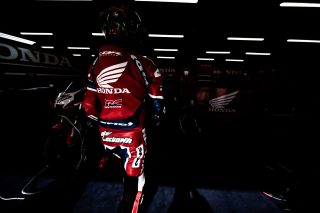 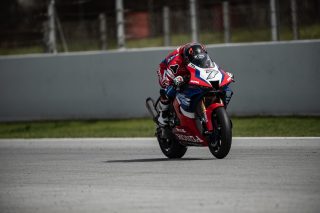 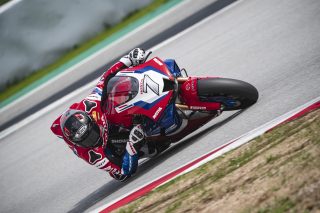 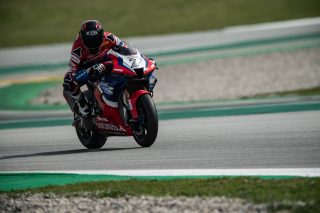 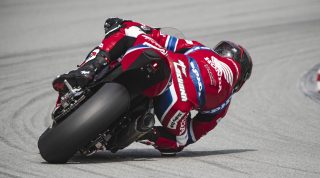 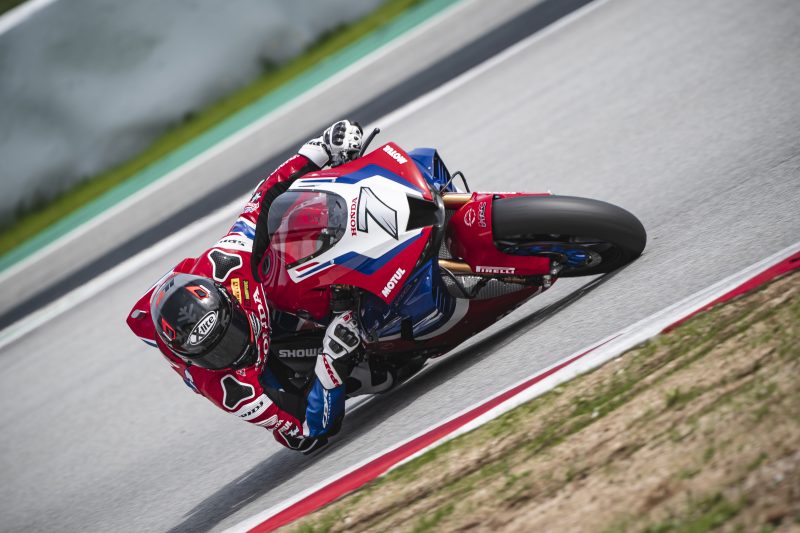