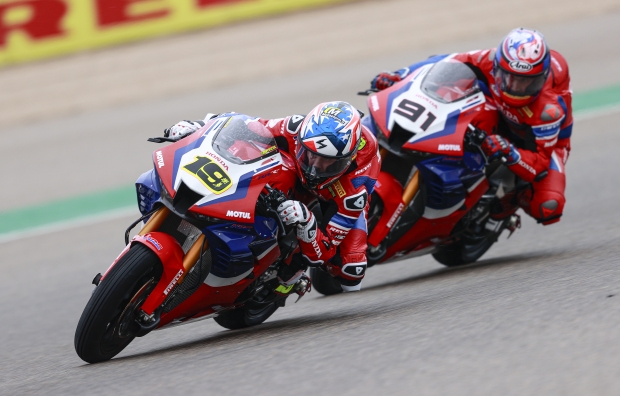 The second and final day of racing at Motorland Aragón, which was characterised by mixed conditions, saw Alvaro Bautista and Leon Haslam score seventh and tenth place respectively in the morning’s Tissot Superpole race. In race 2, Bautista crossed the line eleventh, while Haslam unfortunately failed to finish.

Thanks to yesterday’s qualifying results, Bautista and Haslam lined up on the third row of the grid for the 10-lap Tissot Superpole race, which ran on a wet track. Both riders got away fast and were lying fifth and sixth through the opening turns, but, having opted for rain tyres, lost a little ground over the subsequent laps when the track started to dry out. Part of a group of five riders, the Team HRC pair battled hard over the course of the brief race, but the limited laps meant that they could only do so much. Bautista ultimately crossed the line seventh, a fraction of a second behind Razgatlioglu, while Haslam finished the race tenth.

The second Superbike race followed at 2pm CET. Based on the results of the morning’s Superpole race, Bautista started from seventh on the grid, and Haslam tenth, both on intermediate tyres. Bautista held his position through the opening turns, while Haslam gained a position to move into ninth on lap one, then eighth come lap three. On lap five, Haslam unfortunately crashed into turn 2, putting a premature end to what could have been a promising race. From the mid-race point, Bautista found himself struggling again with an electric problem, which caused him to progressively lose out in the latter stages and cross the line in eventual eleventh position.

At the end of this opening weekend, Haslam positions twelfth in the general standings with eight points, followed by Bautista, thirteenth, also with eight points. Team HRC will travel immediately on to Portugal, and the circuit of Estoril, where round 2 of the WorldSBK championship is set to play out already next weekend (28-30 May).

“Today in the Superpole race we opted for rain tyres and when the track started to dry out the riders who had chosen intermediates or slicks clearly had different pace. In the end we ended up seventh, the second fastest among those who’d opted for rain tyres. The positive thing is that I had good feeling with the bike in conditions where we have struggled in the past, and that means we’ve taken a step forward in that respect. In race 2, the track was wetter than in the morning and we opted for intermediates, but the asphalt dried quickly during the race. It was the first time I was using these tyres and with a setting that was a bit of a mix, I wasn’t perfectly comfortable. Then, towards the middle of the race I started to have the same electric problem as yesterday and kept struggling to change gear. I had to manage the situation, riding very carefully to avoid taking any risks. It's a shame, because without this problem yesterday we would have been fighting for the podium, and at least for the top six today. Having said that, we have to stay focused on the positive things, on the fact that we have worked very well on the set-up, the geometry, the suspension, and also the electronics. This gives me a lot of positive energy for next weekend at Estoril.”

“The Superpole race did not go well unfortunately, after what was a positive (wet) warm-up. One of the issues was that we should have gone with the intermediate, but we also struggled a bit with throttle delivery. So a difficult race in which I took some risks on several occasions. Then in the final race we went with the intermediate solution, as did most riders, and the pace felt really good. I felt that we resolved the power delivery, as well as a few other things, it was only unfortunate that I then crashed. So even though the results overall have not been what we wanted, I do feel that we were able to make a good step in this final race, and I’m really looking forward to seeing what we can do next weekend at Estoril.”

Race Round 01   Aragon Round Aragon 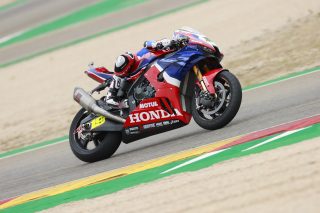 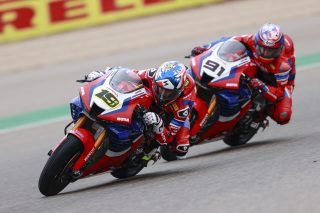 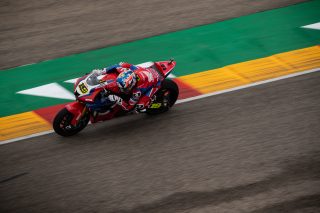 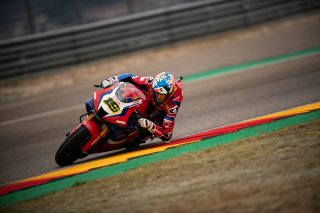 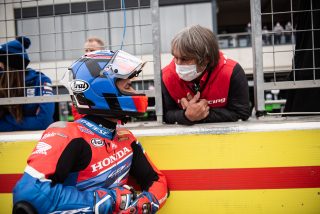 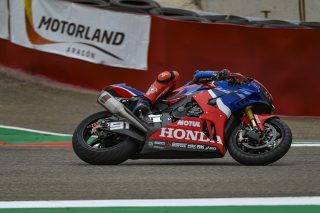 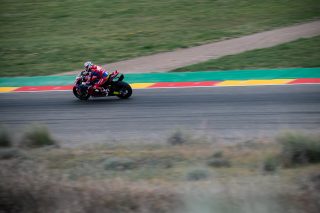 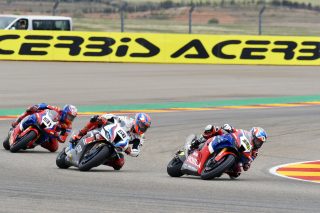 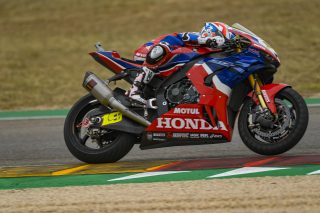 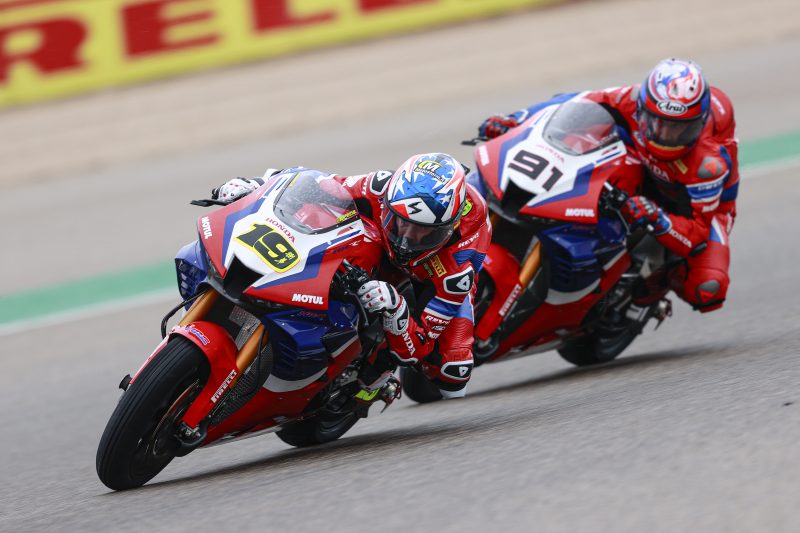