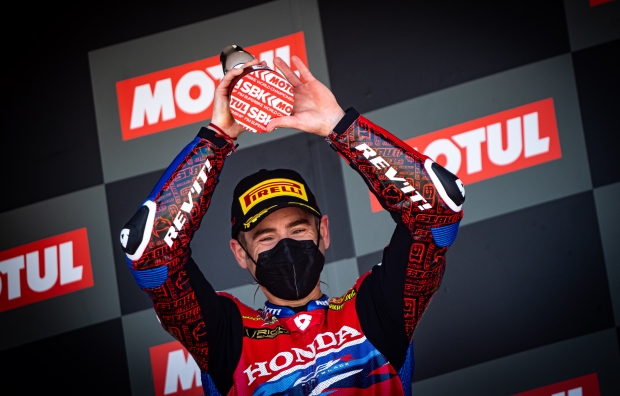 The tenth round of the 2021 Superbike World Championship has concluded at Jerez in Spain, a very difficult event for all involved. Following on from the tragic accident involving Dean Berta Viñales in yesterday’s Supersport 300 race, the championship organiser decided that all classes would race today, in Dean Berta Viñales’ memory and in consultation with his family. This meant that the first Superbike race, originally scheduled to take place yesterday afternoon, instead ran this morning, in place of the Tissot Superpole race.

During yesterday’s Superpole qualifying phase, Haslam powered his CBR1000RR-R FIREBLADE to a best of 1’39.423 to finish eighth, while a 1’39.609 for Bautista saw him conclude right behind his team-mate in ninth place. This meant that the Team HRC riders lined up together on row three of the grid for today’s two races.

This morning therefore saw the Superbike field line up for Race 1, which got underway at 11am in cool, sunny conditions. From eighth and ninth on the grid, the Team HRC pair were quickly up into sixth and seventh place. Lap four saw Bautista pass team-mate Haslam to move into fifth. While the Spaniard maintained fifth and tried his best to make inroads into the three second gap that had opened up in front of him, the Brit lost a little ground battling with Bassani and found himself tenth at the mid-race point. Alvaro ran a rather solitary second half of the race, holding fifth all the way to the line to score another eleven points, while Haslam battled to ride around various problems, holding on to cross the line eleventh.

At 2pm it was time for the second of the day’s Superbike races. The Team HRC pair again made up one position apiece through the opening turns, placing sixth and seventh. In a similar fashion to race 1, Haslam gradually slipped back through the first half of the race, finding himself twelfth in lap eight. Unfortunately, the Englishman was unable to make up ground throughout the second half of the race, crossing the line twelfth. Team-mate Bautista meanwhile held sixth, passing Rea to move into fifth place on lap seven. From here, the Spaniard proved strong and consistent aboard his CBR1000RR-R FIREBLADE, pushing to reach the two riders in front of him. He soon passed Rinaldi, on lap seventeen, and Locatelli on the very next lap to place third. Bautista maintained a strong pace to hold third all the way to the line, thus scoring his second podium in two weeks, his fourth consecutive top five result, as well as sixteen important championship points.

At the end of this tenth WorldSBK round, Bautista moves into ninth place in the general standings with 169 points, Haslam thirteenth with 104 points. The riders will immediately have chance to build on their points tally, with round eleven taking place already next weekend at the Autódromo Internacional do Algarve in Portimão, Portugal.

“In light of yesterday, it was difficult to remain focused today. Even if we are professionals, it is not easy. I did my best to concentrate on my bike and on the track action. In Race 1, I made a good start but in the opening laps I couldn’t fully exploit the tyres, something we have been struggling with for a while. So a gap opened between me and the riders ahead and I was unable to catch them. It was a physically demanding race as, with a lot of grip, the bike was a bit aggressive and I had to fight to control it. Anyway, our pace was very similar to that of the leaders and another top five finish was really good after Catalunya, on a quite different track. I was expecting to struggle even more in Race 2 but with the warmer temperatures, the bike actually became easier and smoother to ride right from the start. Particularly from mid-race onwards, I was able to lap fast and consistently. I started to catch the riders ahead and then pass them. I enjoyed passing the other riders on the brakes and battling with them. In the end, we scored another podium and I’m happy because I felt so much better on the bike even if the conditions were worse than they had been this morning. We are all working so hard on the bike, never giving up, and so this progress and results are a reward for us all.”

“Both of today’s races were disappointing in the end. Our pace earlier in the weekend meant that we should have been in line for a top five finish here, we’d worked hard on the tyres and were looking more consistent. But in race 1 I really struggled and had issues relating to both traction control and the engine brake. In the second race, we made a big change, and although this brought positives and negatives, the result was more or less the same as in race 1. So I’m frustrated as I really thought we’d be stronger. We need to understand how to improve this and now look ahead to Portimao.”

Race Round 10   Spanish Round Spain 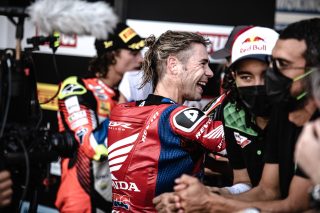 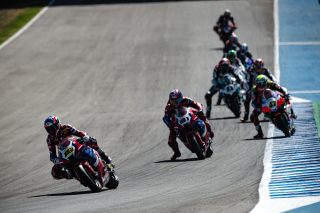 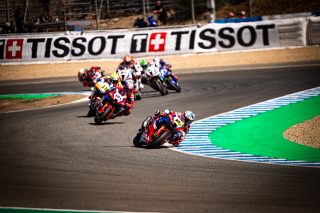 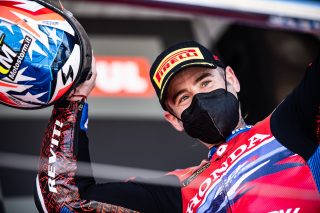 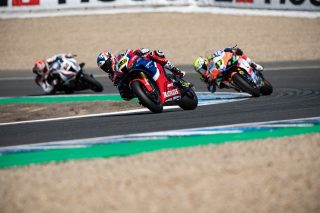 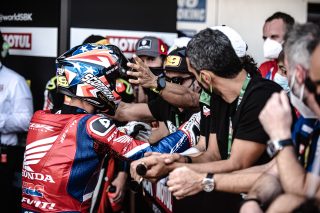 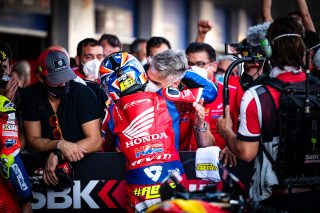 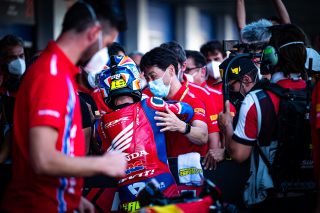 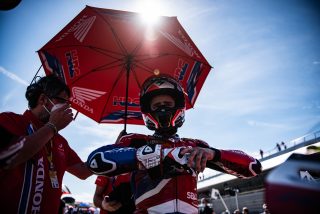 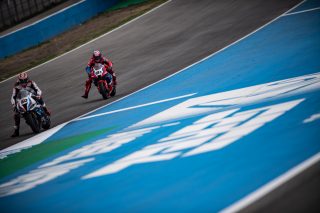 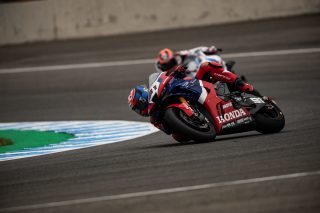 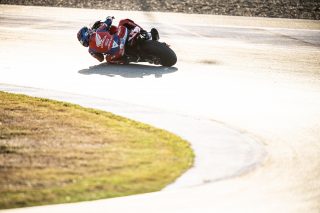 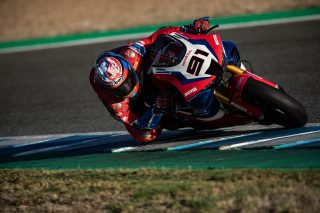 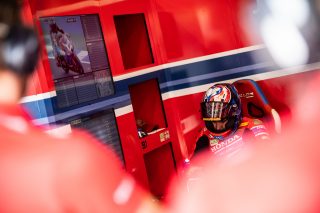 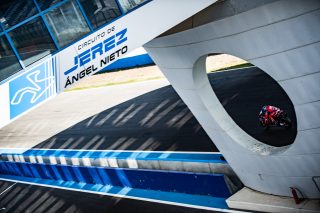 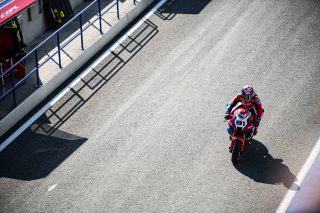 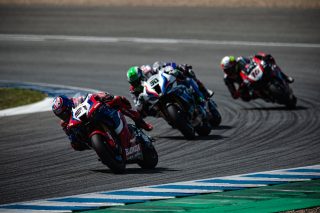