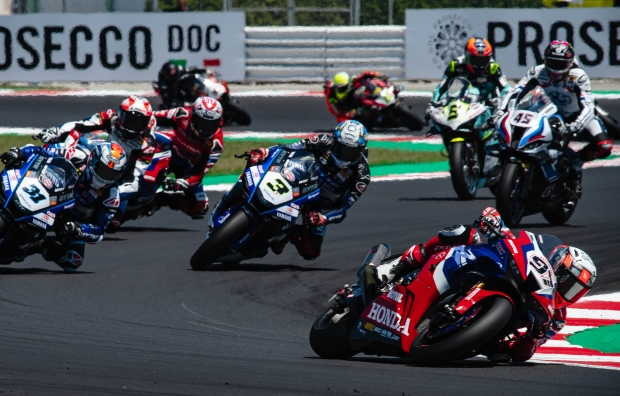 Following a display of great speed by Iker Lecuona, second fastest in FP3, and consistent pace by both him and team-mate Xavi Vierge, another solid double top-nine result confirms the good work that Team HRC is doing while also leaving them with the feeling that they could have obtained more today at Misano. Tomorrow’s races will provide them with an opportunity to do just that.

The fourth round of the 2022 Superbike World Championship is underway at the Misano World Circuit, with Team HRC having now completed the first of the weekend’s races in seventh and ninth place with riders Xavi Vierge and Iker Lecuona.

After a convincing final practice session at the end of which Lecuona placed second overall, Vierge ninth, the Spanish duo were back out at 11.10 am local time for the Superpole qualifying session, which ran in warm and sunny conditions. Lecuona unfortunately suffered a crash at turn four in the opening stages, but this did nothing to deter him and, having set similar times to each other on the race tyres, the Team HRC riders returned to the track for the final part of the phase on qualifying tyres. With both pushing hard to secure the best possible grid position for the first races, Lecuona set a best of 1’33.999 to place eighth at the session’s end, immediately preceded by team-mate Vierge, seventh with an almost identical 1’33.991.

At 2pm local time the lights went out on the first of the weekend’s 21-lap Superbike races. Vierge made a good start and was eighth off the line, before moving into seventh by the end of the opening lap. Conceding a position towards mid-race, the Spaniard soon made this back up again, after which he held seventh all the way to the line. Lecuona made a good start from the third row of the grid but got caught up in a potentially disastrous situation at turn one. Although he came out of this unscathed, it nevertheless caused him to lose a lot of ground. Finding himself twelfth at the end of the first lap, he then made up a couple of positions through the subsequent laps but, with a small gap having already opened up in front of him, he was unable to progress any further than ninth, despite maintaining a consistent pace throughout.

Tomorrow will see Team HRC back on track for the brief Superpole race followed by the afternoon’s second and final Superbike race. The riders will now continue to work with their technicians in preparation for tomorrow’s action, races in which the pair are keen to play a more central role.

“I’m happy enough with today. First of all, I want to thank the team because they did a really good job this morning in FP3, allowing me to take a step forward in the subsequent qualifying session that, until today, had been one of our weak points. The race itself was a good one. Third row meant that we were able to make a good start and then maintain a very strong rhythm. We gave it our all and ultimately finished seventh, with a gap from the podium that is the smallest it’s been so far for me. We know exactly where we have to improve and have some set-up ideas to try in tomorrow’s warm up to see if we can progress a little in that direction.”

“Today was more challenging than it could have been. After making a good start in FP3, I felt confident that I’d be able to secure a place on the first two rows. But in the Superpole I crashed at turn 4. Luckily, I was able to pick up the bike and return to the garage. The team did a great job, changing only what was necessary for me to go out again and we managed to finish in eighth place, which is not bad after a crash but left me a bit frustrated because it didn’t reflect the good work we’d been doing up until that point. In the race my start was honestly not bad and the riders on the first three rows basically held their positions but as we reached turn one and I had my team-mate on the left side, another rider entered on the inside, on the kerb, and I had to pick the bike back up. It was a critical situation to manage in terms of braking because I had Xavi on the other side. I hit him but luckily we did not crash, which is the most important thing, but I lost a lot of positions as a result. I overtook someone but lost contact with the group. Anyway, at least in the second part of the race, I was able to maintain very good pace so we will try and build on this and fight for a top position tomorrow.”

Race Round 04   Emilia-Romagna Round Rimini 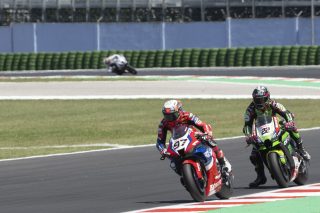 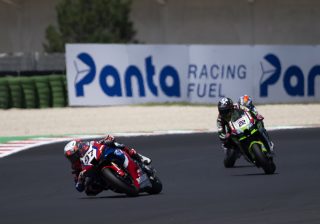 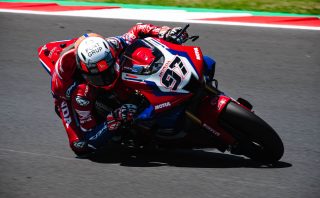 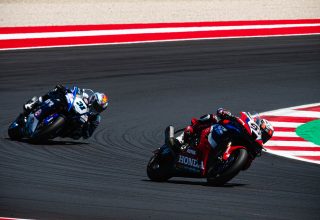 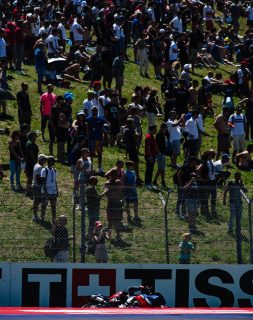 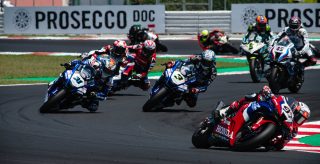 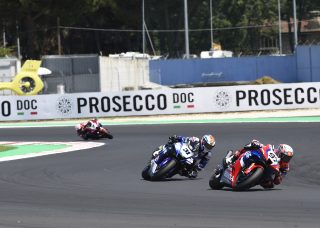 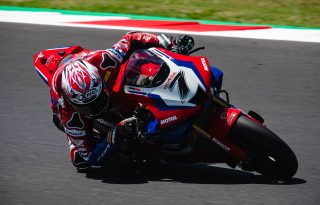 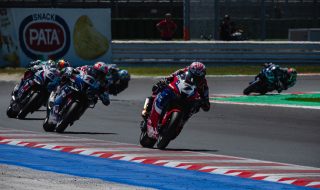 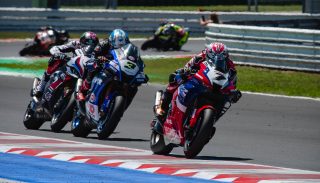 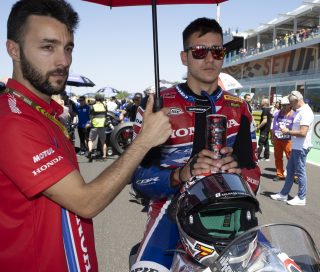 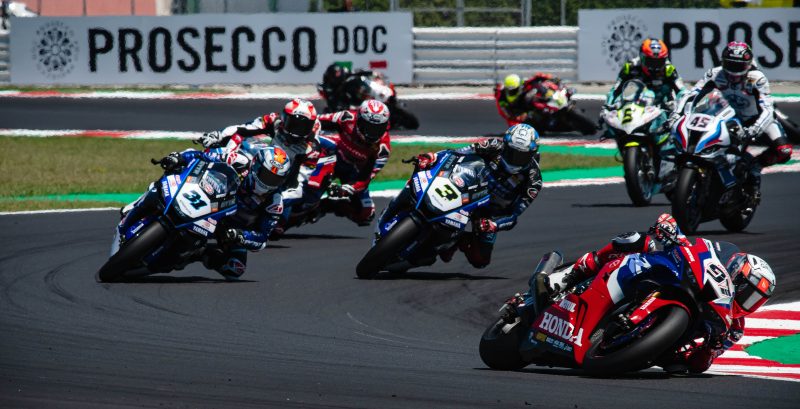