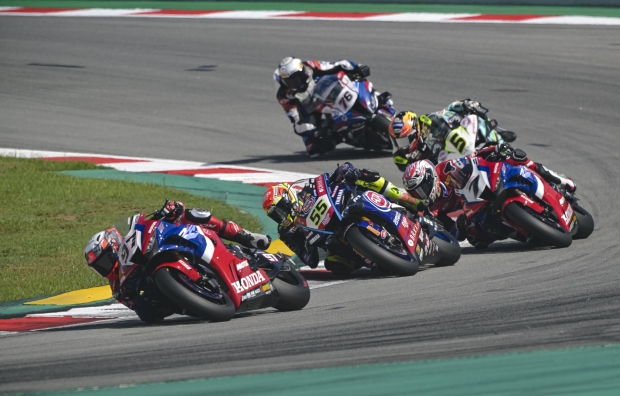 Round eight of the Superbike World Championship has now drawn to a close at Barcelona in Spain, with Team HRC finishing sixth and eighth in the day’s second and final Superbike race with riders Xavi Vierge and Iker Lecuona. After scoring a fantastic pole position with Lecuona yesterday, Team HRC has demonstrated that the speed is clearly there, but that there is still margin of improvement in terms of general consistency over race distance.

Having qualified in first place in yesterday’s Superpole, Lecuona lined up on the front row of the grid for the morning’s ten-lap Superpole race but unfortunately his race soon came to an end, a crash ruling him out before the conclusion of the opening lap. Ninth on the starting grid, Vierge was up into seventh by lap two, battling with Bassani and Oettl for sixth. Able to pass his two rivals and move into sixth on lap three, Xavi then held that position until lap six when he and Oettl once again exchanged positions. Vierge ultimately crossed the line in seventh place.

The second of the day’s races saw Vierge and Lecuona start seventh and tenth respectively, based on their results in the earlier sprint race. Lying fifth and eighth one lap into the race, they lapped with very similar times to each other throughout the first half of the race. Having settled into sixth (Xavi) and seventh (Iker) place early on, the Spanish duo maintained their pace but were unable to improve their final positions. Vierge and Lecuona therefore crossed the line sixth and eighth respectively.

The points scored over the course of the weekend have helped boost Lecuona’s tally to 158 points, the rider lying eighth ahead of Vierge, tenth with 99 points. The next WorldSBK round will see Team HRC compete at Portimão in Portugal over the weekend of 7-9 October.

“In the end, we were able to finish our weekend here in Barcelona in a very positive way, with a seventh- and a sixth-place finish. Above all, we learned a lot, especially from yesterday’s experience when we decided to go into Race 1 with a different tyre to what we had originally planned. We studied all the data, worked hard on the electronics and today used the tyre that we had originally thought could be good for us, and it was! We managed the tyre wear much better than yesterday, considering that the only rider who maintained the same pace until the end was Alvaro, who completed an amazing weekend. The rest of the field struggled towards the end of the races so today, having learned from yesterday, I realised mid-race that I couldn’t maintain a 1’42 pace so I slowed my rhythm in order to get to the end with the tyre. We must work on this of course, something we’ll do during testing, but over the race weekends we need to focus on what we have and try to exploit that to the full over the remaining races.”

“This weekend has been a hard one for us, with only a few bright moments where we highlighted our potential and our speed. Today I felt good enough in warm-up and could maintain good pace. In the Superpole race, I was up to the front in the first lap but then as I went to pass Locatelli through turn 10, I lost the front and crashed. It was a bit unexpected, honestly, and of course I want to apologize to Andrea (Locatelli) because he ran into the gravel and it was my fault. Then we modified something on the bike for race 2 but I realised right from the first braking point into corner one that we were going to struggle all the way, so I did my best, made a few passes and then tried to stay with Xavi, trying to conserve the tyres. It wasn’t easy because I wasn’t perfectly comfortable with the braking and had to manage a big drop on tyre performance towards the end, but I did all I could to finish the race as well as possible. We will concentrate our work on this area as we prepare for the next races.”

Race Round 08   Catalunya Round Catalunya 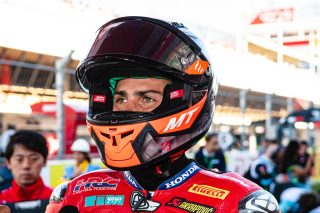 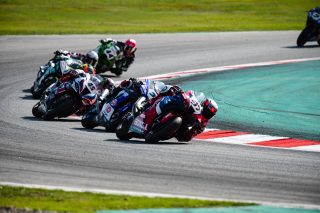 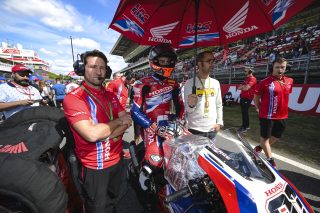 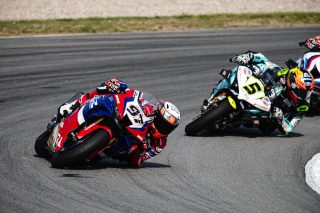 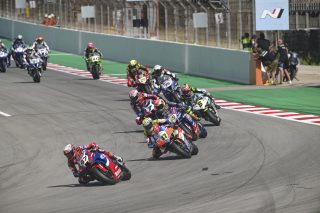 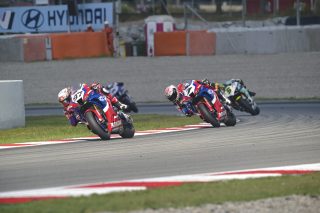 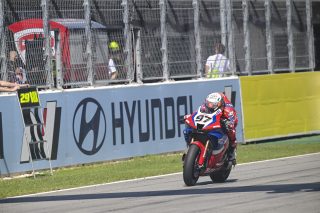 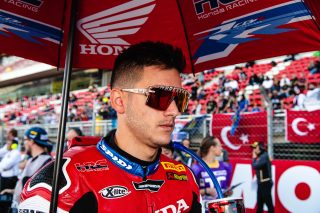 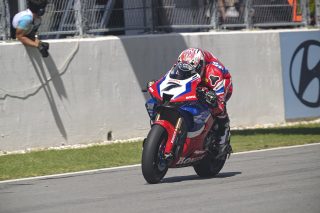 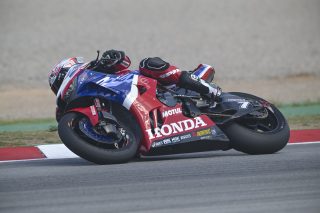 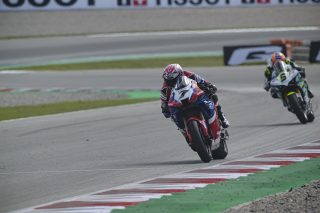 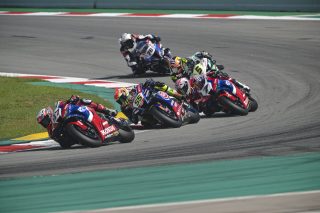 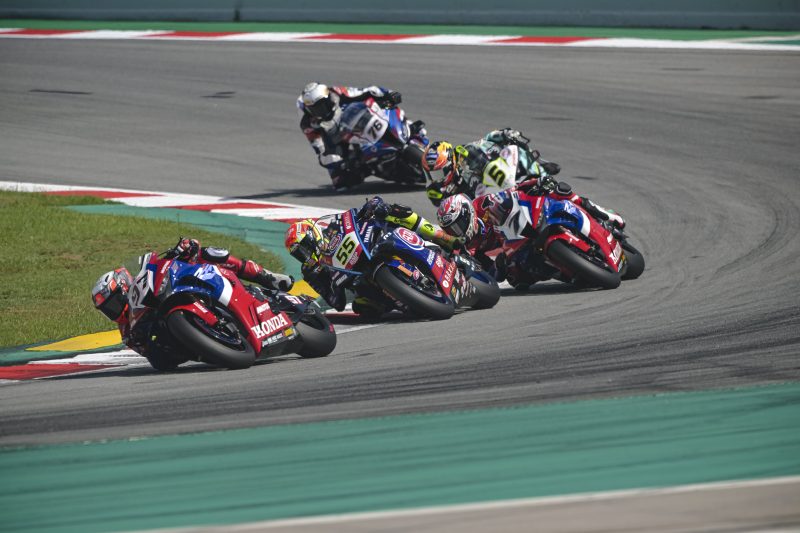