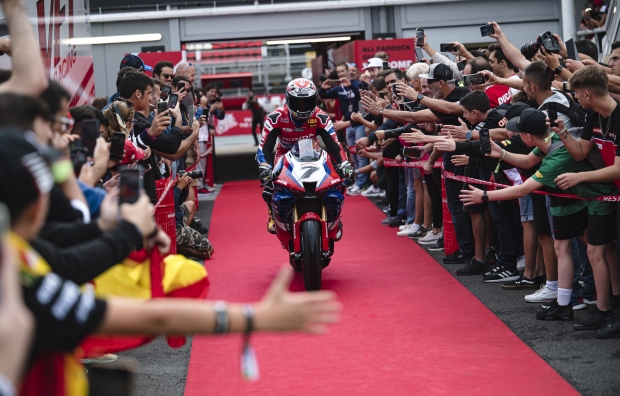 Team HRC and rider Iker Lecuona put in an impressive performance during the morning’s all-important Superpole to secure pole position, the rider’s first of the season and the manufacturer’s first since 2016. In the subsequent first race, the Spaniard battled long and hard for the podium until a lack of grip in the final laps forced him to settle for sixth.

The Superpole qualifying session got underway in dry, sunny conditions. Having dominated in two of three practice sessions, Lecuona’s first timed lap (1’41.330) in the brief 15-minute qualifying phase put him straight up into first place. In the final minutes, as the entire field returned to the track with a qualifying tyre, the Team HRC rider was able to further improve on his previous time, by more than half a second in fact. Showing incredible speed and a real affinity with his FIREBLADE and his home track, WorldSBK rookie Iker set an incredible 1’40.766 to secure his first pole of the season, and the first for Honda since 2016 (the last was scored by Michael Van der Mark at that year’s Thai round).

Team-mate Vierge started the session strong but couldn’t find the same grip with the second qualifying tyre in the final stages. With a best of 1’41.683, the Spaniard qualified ninth for the afternoon’s race.

Race 1 got underway as scheduled at 2pm local time. From the front of the grid, Lecuona lost a few positions off the line and was lying fifth through the first turns. Up into fourth on lap two, the Spaniard was able to stick with the frontrunners and pass Lowes to move into third on lap four. Lapping with almost identical pace to the riders immediately behind him, Iker had to pull out all the stops to defend his position. He was able to do so until lap fourteen, when three riders managed to pass him in quick succession. Fighting hard all the way to the line, Lecuona crossed the line a respectable sixth, although he had hoped for much more considering his front row start. He will nevertheless have another opportunity to exploit pole position in tomorrow morning’s Superpole race.

Twelfth by the end of lap one, Vierge made up one position in the early stages but had trouble making any further progress throughout the first half of the race. Managing to pass Baz at the mid-race point, Xavi continued to push but a significant gap had already opened up ahead of him, preventing him from making up any further ground. Vierge therefore crossed the line in twelfth place in this first Superbike race.

“Of course, being able to set pole is a great pleasure for me, for the team and also for Honda. Marc did it in Japan today, and we have done it here and it’s clearly important to show everyone we have this speed and this potential, that all the Hondas have it in fact. But we need time to get there, and that’s the frustrating part for me, the reason why I cannot be happy with today’s final outcome. We started the weekend very strong, and I felt good in the free practices. I was able to ride fast and always alone. I didn’t expect to be on pole in qualifying to be honest, but I followed Johnny and that reference definitely helped me, but I also had the speed to do it. So, I felt confident we could do well in race 1. Everything was going well in the first half of the race - we went with a hard spec and I was able to manage the tyres, the throttle and the electronics as planned, and stay in the podium fight. A real podium fight, not one that had to do with crashes for other riders or whatever. But in the final part of the race, some grip problem that we experienced on other occasions emerged again and I couldn’t continue the fight. This is the worse feeling for me, to know we have the potential but are unable to put it to good use and fight. We will get there, I know that, but for now I feel frustrated. Let's see if tomorrow can be better".

“Again, it has been a day of ups and downs. During qualifying this morning we felt strong on the first tyre and made a very fast first flying lap. But the second tyre didn’t give me the same feeling and I couldn’t improve my time. We were confident for the race anyway, because we’d worked hard on our race pace yesterday. The temperature was colder today though, so we opted for a different rear tyre to what we originally planned and unfortunately I never felt as fast or as comfortable as I did yesterday. At least we finished the race and learned something, after two recent DNFs. Let’s see what the weather conditions are like tomorrow, and we’ll try to work well and make good choices so that we can finish stronger.”

Race Round 08   Catalunya Round Catalunya 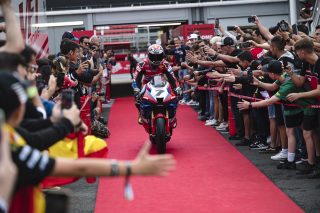 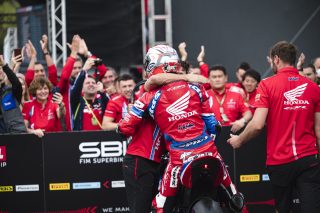 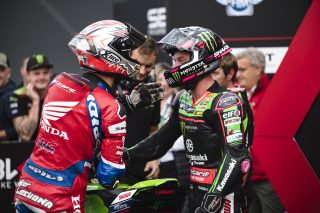 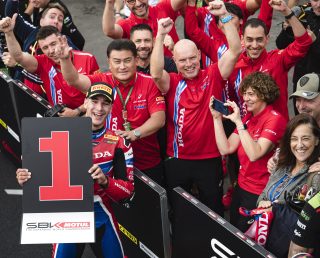 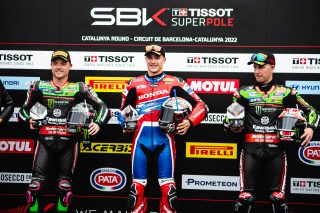 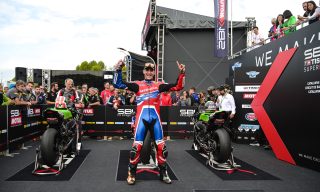 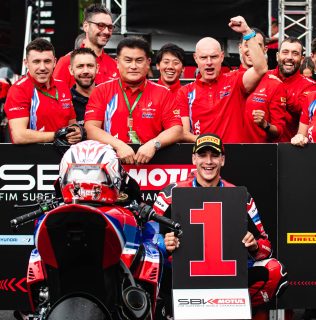 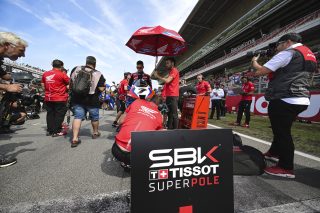 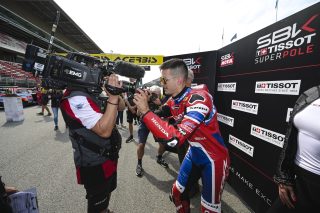 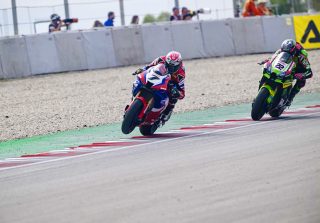 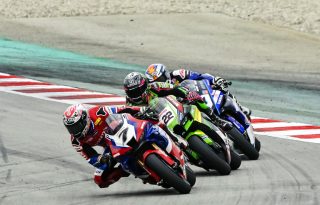 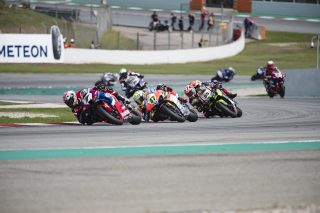 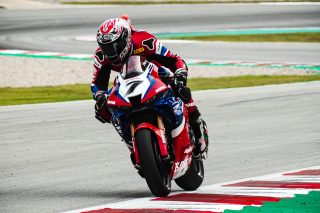 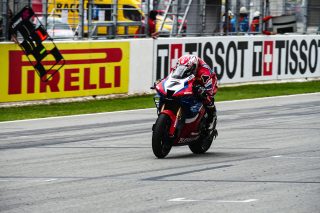 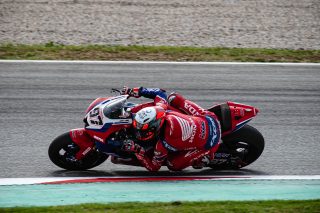 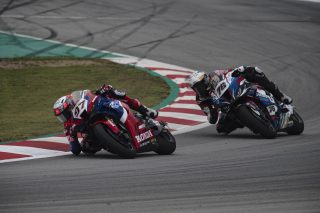 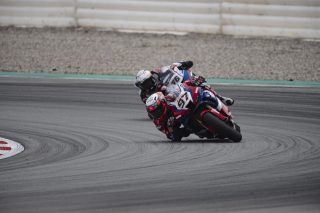 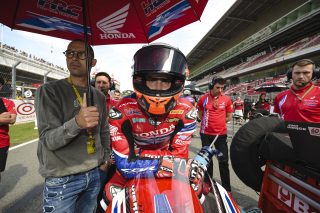 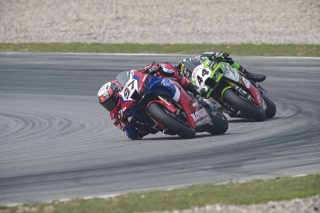 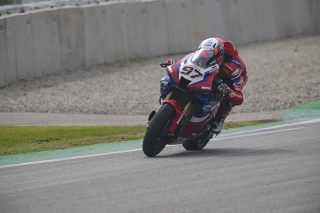 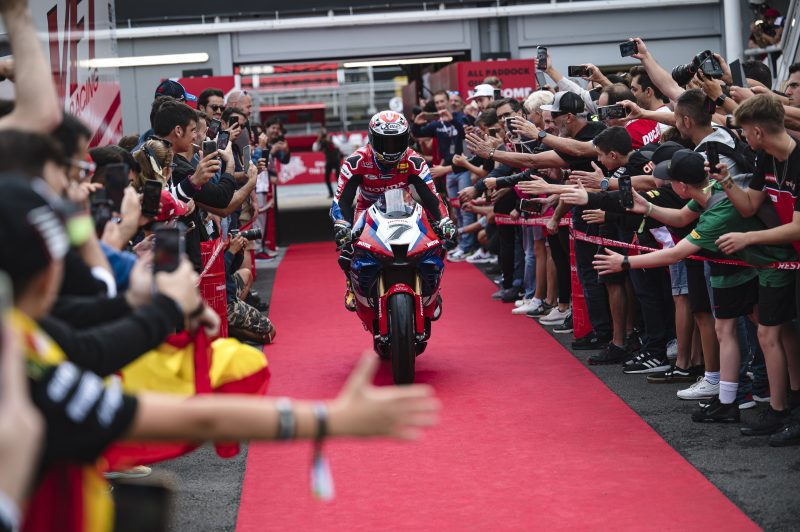