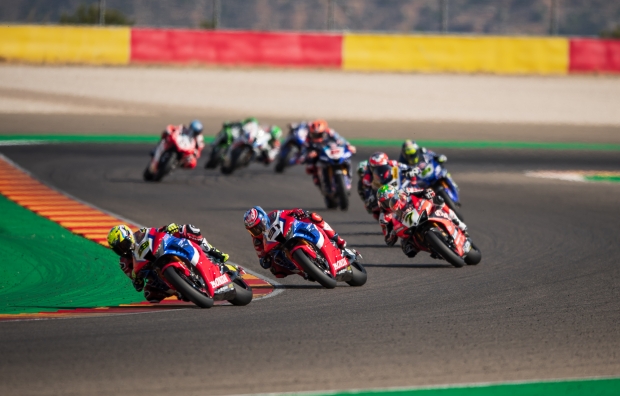 Round 5 of the Superbike World Championship draws to a conclusion at the Motorland Aragón circuit in Spain with promising results for Team HRC, rider Alvaro Bautista finishing fourth in the Superpole race, Leon Haslam scoring the same result in the second Superbike race.

Despite an unfortunate outcome in two of the weekend’s three races, Bautista nevertheless demonstrated that he consistently had the pace for a potential podium finish.

After a brief early morning warm-up session, the 10-lap Tissot Superpole race got underway at 11am. Starting from the second row of the grid, Bautista was quickly up into sixth position. From lap four he was caught up in a battle with Razgatlioglu for fifth, soon passing him before moving up into fourth position on lap seven. Skilfully defending his position from Davies during the closing stages, the Spaniard crossed the line in fourth position. Haslam was lying eighth through the opening stages. The Brit battled briefly with Sykes mid-race, exchanging positions with him before crossing the line in eventual eighth position.

The HRC riders returned to the track in the early afternoon for the final 18-lap Superbike race. Bautista, fourth off the line, held his position through the opening laps, very much part of the leading group and in the mix for what could well have been a podium finish. Unfortunately it was not meant to be, and a crash on lap four, heading into turn 9, prevented him from continuing what promised to be a strong race. Eighth on the grid, Haslam got away well and made up one place off the line. Up into sixth on lap two, the British rider got into a good rhythm that allowed him to move into fifth position on lap five. Roughly one second down on the fourth-placed rider, Haslam worked to close the gap, eventually progressing to fourth on lap thirteen when Davies crashed ahead of him. Leon was able to effectively manage the final stages of his race and cross the line in fourth position, scoring his best result of the season and thirteen valuable championship points in the process.

Five rounds in to the 2020 season and Bautista lies eighth in the championship standings with 83 points, while Haslam positions tenth with 75 points. Team HRC will return to Spain for round 6 of the WorldSBK championship, scheduled to take place at the Circuit de Barcelona-Catalunya over the weekend of 18-20 September.

“I’m really happy with the race 2 result as we’ve been trying to put everything together to run a more consistent race and that’s what we did today. I got caught up in a battle with Razgatlioglu in the early stages, but once I passed him, I was able to maintain a strong rhythm and stick with Davies, a rider who is generally very strong at this track. We still have areas in which we want to improve of course but for me, this was the best and most consistent race we’ve had up until now and so hopefully we can take what we’ve learned and apply it at the next round in Barcelona.”

“It was a pity about the crash, we are working really hard and so it’s disappointing. In the Superpole race, we fought hard. I lost a few places off the line but soon made up the lost ground and had some good battles with other riders. In the second race, I made a good start and was part of the leading group. I was on the limit, but this time I was up there with the frontrunners which is positive. Unfortunately though, I lost the front at turn 9 and there was nothing I could do. We might not be making big steps forward but we’re focusing on small details and it is those that make the difference, and I’d say that we are constantly growing. I’m sorry about the way this weekend is ending because the result doesn’t reflect our hard work. At the next round we need to try and find a way to have a little more of a margin in the races. Thanks to HRC and my team as the guys all worked really hard for me again this weekend.”

Race Round 05   Teruel Round Aragon 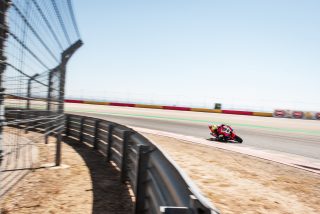 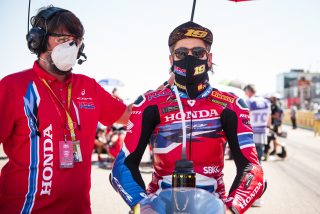 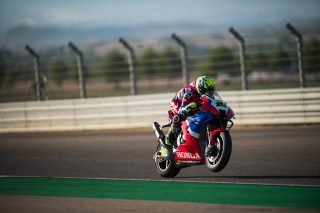 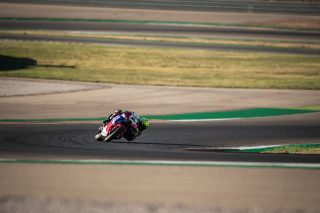 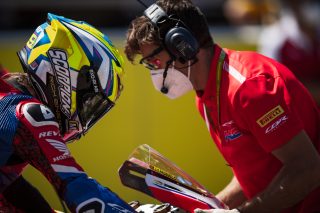 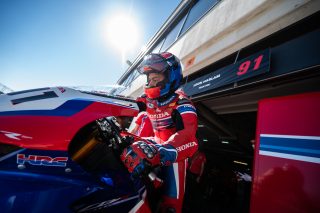 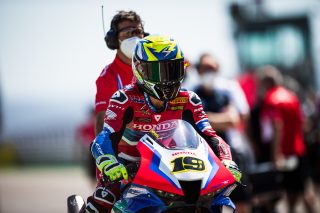 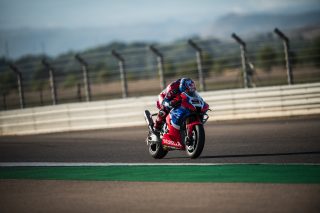 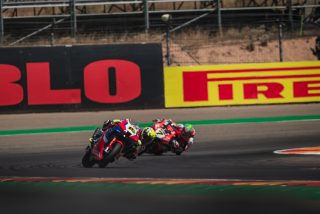 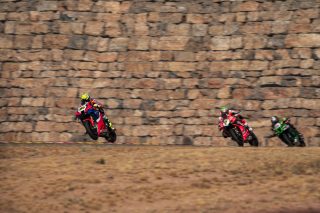 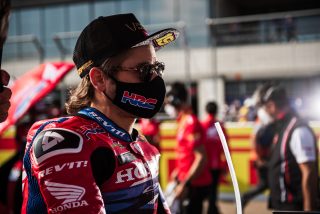 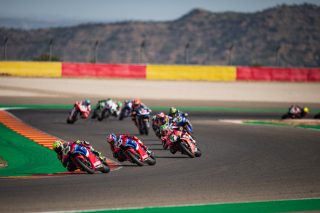 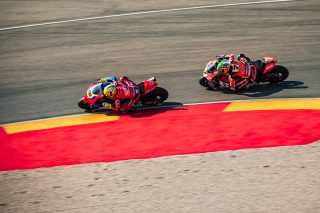 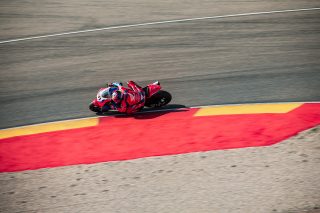 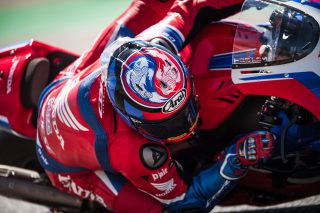 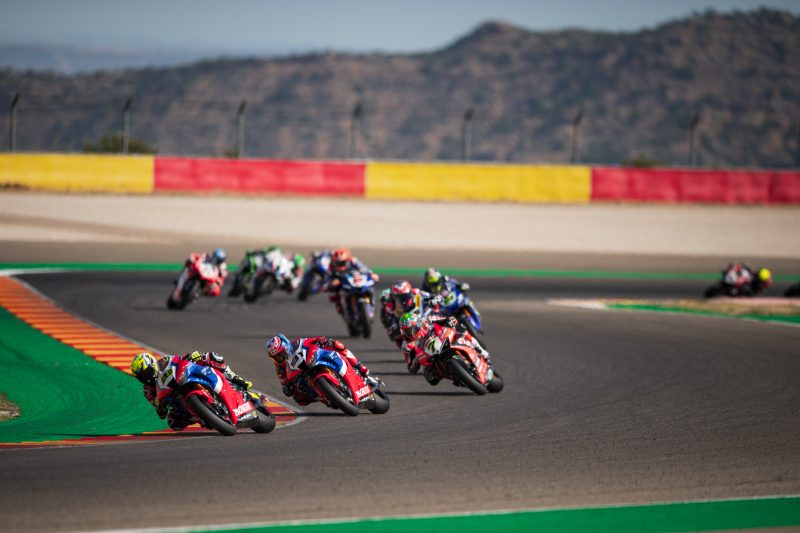