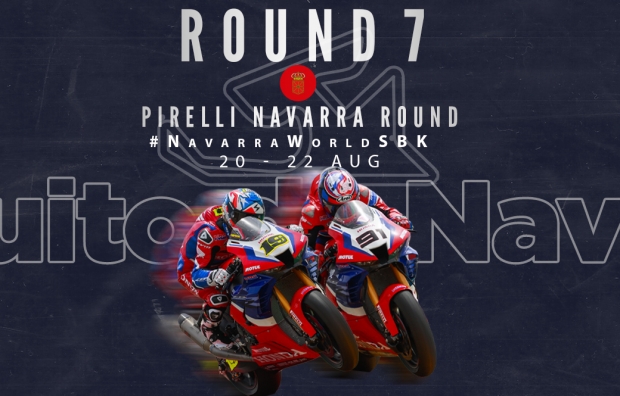 Team HRC prepares for its latest challenge as it heads into the seventh round of the 2021 Superbike World Championship with its factory riders Alvaro Bautista and Leon Haslam. Just like the Most Circuit that played host to round six, the circuit hosting this weekend’s action is another new entry on this year’s WorldSBK calendar, as teams now prepare to explore the Circuito de Navarra in Spain.

Haslam is looking forward to the challenge, as is Bautista who will be aiming to put in a strong performance as he heads into what is another home round. While the Czech circuit was an unknown to both riders, the Team HRC pair do at least have some knowledge of Navarra, having completed a day’s testing at the Spanish track in June.

The Navarra circuit was inaugurated in 2010 and has since hosted various four-wheel championships. It now becomes the seventh Spanish track to host a WorldSBK event. Located in the north of the country, the facility lies close to the town of Los Arcos, in the Navarre region of Spain. The track measures just 3.933 km in length, making it the shortest on the calendar, and features a series of tight, first-gear turns, quite different in layout to most of the tracks at which the Superbikes generally race.

“It’s a new track for everyone so we’ll see how it goes. When we tested at Navarra a couple of months ago, we saw how small and narrow it is, with a lot of hard braking and potholes. Having said that, with the work we completed during that test combined with the modifications we’ve made over the last race weekends, I am confident we can take a step forward in the upcoming races. I hope I can do well at what is a home track for me, not least because we’ll have spectators there to support us, which will be great as we’ve missed them.”

“We didn’t get much track time when we tested at Navarra, so we’ll need to work to find a good solution for this circuit, but I’m looking forward to the challenge. I had a good feeling while there anyway, so that’s a good start, although I realise that some other teams have had more test time at the track than us. The layout is quite unique, in that it’s bumpy and has many first-gear corners, so you need to be sure you can stop and turn the bike. This is a priority and an area where we’ve been working, so it will be a good test for the Honda. We’ll see what we can do.”