Team HRC riders Alvaro Bautista and Leon Haslam were among the stars of the online 2021 Honda Global Motorsport Announcement event, during which the Japanese manufacturer, as is tradition, announced its racing plans with regard to next year’s main two-wheel championships.

Taking place online for the first time, the streamed event was opened by the Managing Officer, Chief Officer, Motorcycle Operations of Honda Motor Co., Noriaki Abe, who began by sparing a thought for the victims of a pandemic that has had such a serious effect on the world’s population. Before turning to the many Honda fans all over the world and thanking them for their continual support, Mr. Abe confirmed that, in 2021, Honda will continue to give its full support to its racing Teams, with the aim of achieving as many wins and titles as possible and allowing its engineers to continuously pursue that technological excellence that will make Honda products ever better.

It was then the turn of the Honda motorcycle riders, including the TeamHRC WorldSBK riders Alvaro Bautista and Leon Haslam.

“I’m very pleased to continue with the Honda family in 2021. The 2020 season was a tough challenge as we were working to develop a brand-new project and machine during a very difficult period. We nevertheless began to score some good results towards the end of the season, and now we hope to continue along that path next year, working hard to achieve positive results, which we know are within our reach. I also look forward to seeing all our fans back at the tracks during the 2021 season, supporting us as they do so well. Rest assured that we will be doing our very best to achieve our goal, which is of course to win.”

“2020 was a strange year for everyone, with minimal races and then, in our case, a new team and bike. I feel we made some really good progress, and I’m very excited as we move forward and prepare for the 2021 season. We have a great testing programme and I have a lot of faith in both the new Fireblade and our team. Hopefully we can reach the top step of the podium and challenge for the title this coming season. And for all the fans watching, I hope to see you all at a circuit soon. We’ll keep fighting as hard as we can and try to reach that top step for you guys.” 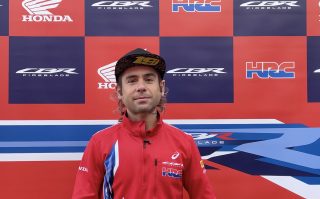 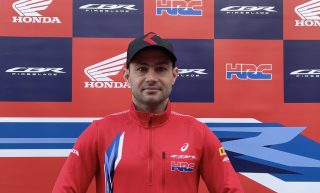