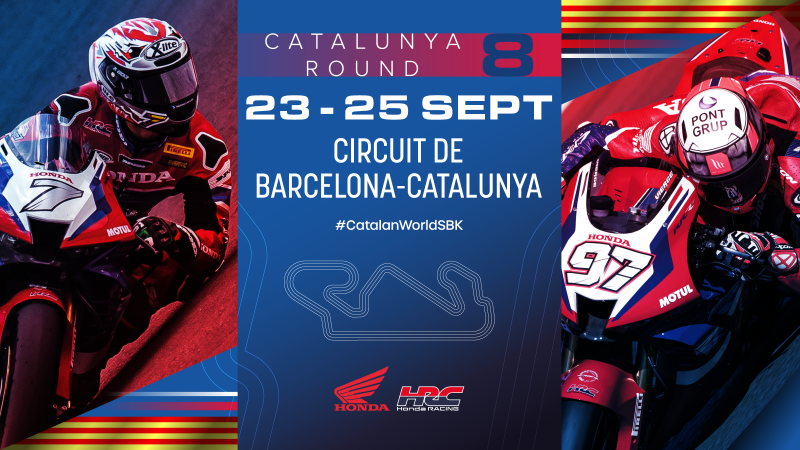 Having competed at the Magny-Cours circuit in France just over a week ago, Team HRC now finds itself in Montmeló, Spain, where round eight of the 2022 Superbike World Championship will play out at the Circuit de Barcelona- Catalunya this coming weekend.

The latest French round failed to bring the desired results for riders Iker Lecuona and Xavi Vierge, who gave it their all in the face of inclement weather, crashes, and grip issues. As for the Barcelona circuit though, Team HRC took part in test sessions at this track in both March and August, with both riders fairing very well on those occasions. Added to this, the factory team scored a podium in the Superpole race at last year’s Catalunya round. Confidence levels are therefore high as the squad heads into this eighth championship round. A home round for the team and riders alike, everyone wants to be able to put in a strong performance in front of the local fans.

The Circuit de Barcelona-Catalunya was inaugurated in 1991 but only featured on the WorldSBK calendar for the first time in 2020, while it has long been a regular stage for both F1 and MotoGP racing. The flowing track, which was resurfaced in 2018, measures 4657 metres in length and incorporates eight right-hand turns and six left-hand turns. The Montmeló facility enjoys a privileged position, located just a few kilometres from Barcelona city centre.

“I expect a lot of the Barcelona round to be honest, because I remember that I was very fast here during the first winter test, finishing third overall. Then, when we came here again in August, I finished second, just a couple of tenths down on Johnny Rea, so we know we can be very fast. Having said that, it’s also true that we struggled a lot during the latest race weekend, so let’s wait and see. I hope we can quickly get into a rhythm and find feeling with the bike, and that everything will be easier than it was at Magny-Cours.”

“It’s finally time for my real home race, at a track I know very well and where we already had chance to carry out some testing sessions, back in the winter and more recently, in August. Both sessions went really well for us so I’m looking forward to starting the weekend and enjoying the Montmeló track with my bike and team, as we push for some good results.” 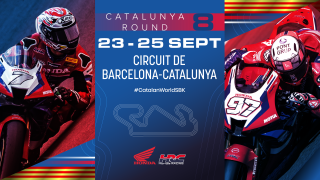