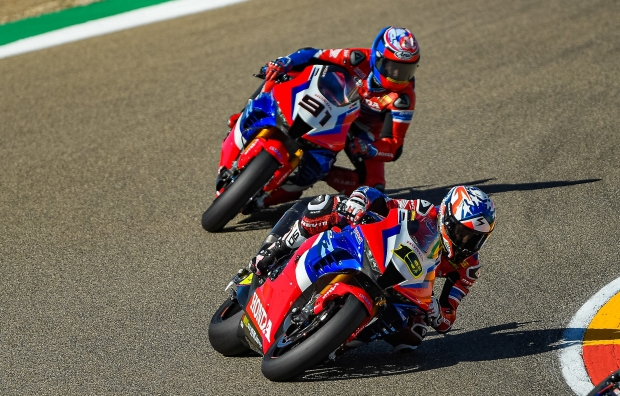 With the Motorland Aragón facility hosting rounds 4 and 5 as a ‘doubleheader’, Team HRC remains on site at the Spanish track in preparation for this weekend’s Superbike world championship event.

The fourth round of the championship, which concluded just two days ago, saw factory rider Alvaro Bautista achieve his first podium of the season aboard his CBR1000RR-R Fireblade SP. Bautista rode brilliantly from fourth on the grid to cross the line third in the second Superbike race and took a positive fourth place in the 10-lap sprint race.

Leon Haslam scored a best result of seventh (in race 2), also taking steps forward throughout the sessions despite a few small setbacks along the way. Both riders feel positive ahead of the second of these back-to-back rounds.

“I spent a couple of days at home and enjoyed them but now we are already focusing on next weekend. Racing at the same track means we have a lot of useful data to analyze but we must wait and see how the conditions are, because it seems that the weather might be much warmer. So we must understand the new "limits" of the track. Our target remains the same, to keep improving and making further steps forward. Obviously in the space of just one week we won’t really have anything new, but we can definitely fine-tune some more details in terms of bike setup.”

“I’m looking forward to racing at Aragón again this weekend. We still have some work to do but already in testing I thought that the podium might be possible at this track and now Alvaro has proved this to be true. In race 2 I had better feeling and so I hope we can carry this forward and work well right from Friday so that we can improve on last weekend’s performance across all the practices and races.” 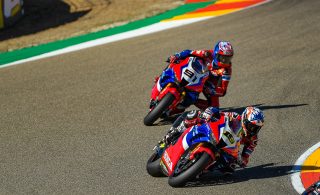