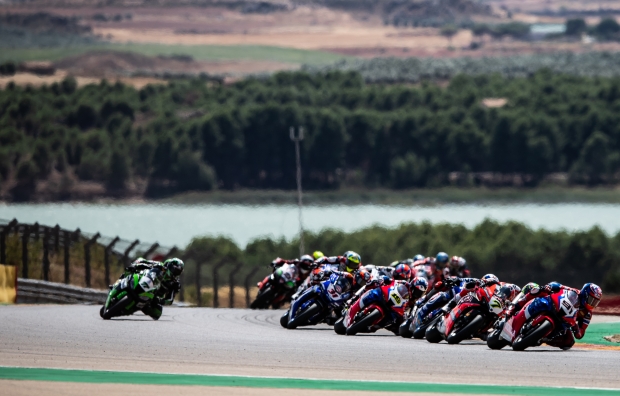 The first day race day making up round four of the 2020 Superbike World Championship at Motorland Aragón in Spain brought mixed results for Team HRC, with Alvaro Bautista crashing out while running a strong, fast race, fourth position well within his reach, and Leon Haslam crossing the line tenth.

During the 25-minute Superpole phase, Haslam completed a series of fast laps, the best of which was a 1’49.430 set with the qualifying tyre in the final minutes that saw him position sixth. Bautista was already quick on the race tyre but, after putting in the qualifying solution later in the session, found some traffic during his fast lap and recorded a fastest time of 1’49.470 to finish just a fraction of a second behind his team-mate in seventh place.

At 2pm local time the lights went out on Superbike race 1. Bautista lost a little ground off the line, positioning twelfth at the end of lap one. Reacting strongly and able to establish a good rhythm after the initial laps, the Spaniard was able to close in on, and pass, Baz and Razgatlioglu in quick succession to place sixth on lap eight. With fourth place well within his reach, Alvaro unfortunately suffered a crash on lap twelve and was unable to continue, an unlucky end considering his performance up until that point.

From sixth on the grid, Haslam made a good start, holding his position through the opening stages. Despite this encouraging start, the Brit then started to lose significant ground, finding himself twelfth on lap seven. By modifying his riding style to deal with some set-up issues, Leon was able to make up a couple of places during the course of the race, to ultimately cross the line in tenth place.

“I made a good start but we had a small problem right from lap one which saw me drop three or four seconds through the central part of the race. In modifying my riding style, I was then able to set lap times that weren’t so bad, even catching one guy at the end. To be honest, I’m quite happy because I was able to understand a few things after thinking that I might have to come into the garage due to the problem. So in the final stages my times were not so bad and now we’ll fix the issue we had so that I’m set for tomorrow’s races.”

“It was a pity about the crash as we were running a strong race. The fact is that over the first laps I struggled to get into a rhythm because, at the moment, I must ride the bike in a certain way to be fast and have to force it a lot to make it turn for example. This doesn’t help when you are fighting with other riders. That was the case again today at first while I was part of the group. Once I had some space, I could ride much faster and was catching the fourth placed rider when I just lost the front. When you are pushing so hard it can happen. One good thing is that we were able to improve on our speed in the Superpole compared to the other rounds. As for tomorrow, we have some ideas to try and help us improve in the early stages, so let’s see how it goes tomorrow.”

Race Round 04   Aragon Round Aragon 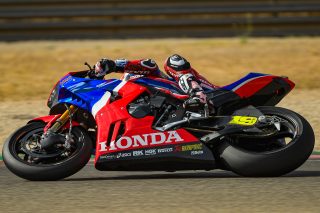 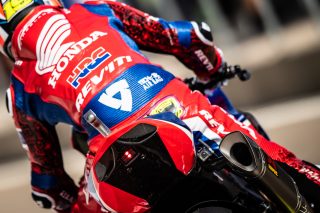 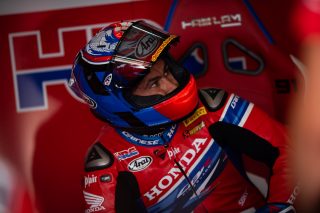 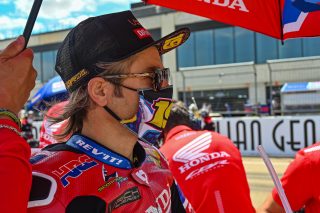 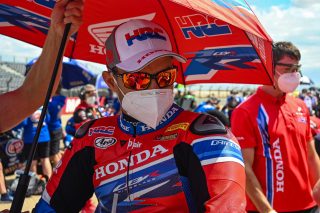 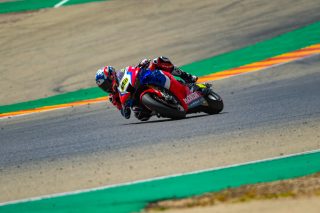 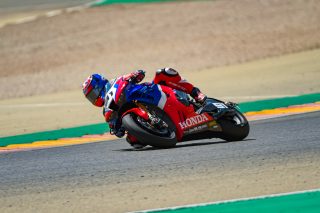 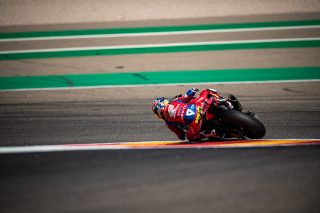 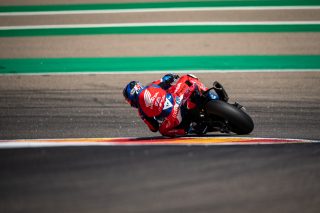 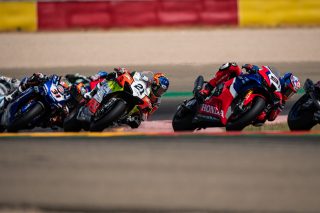 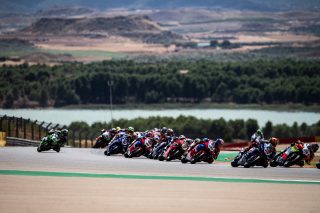 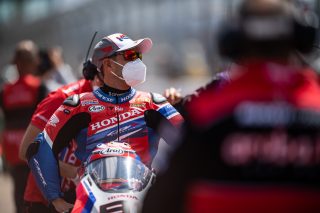 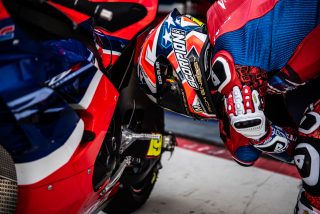 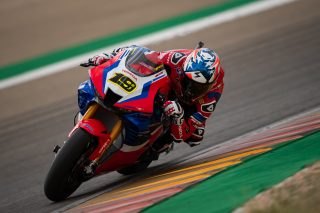 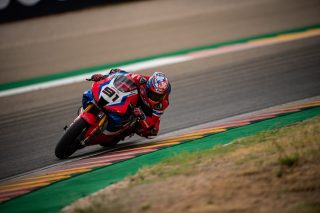 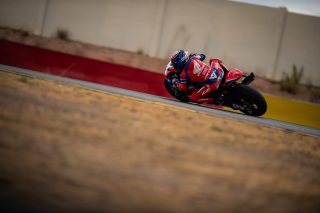 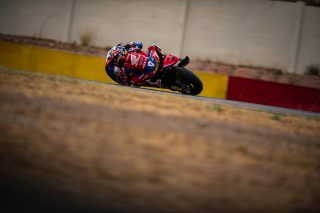