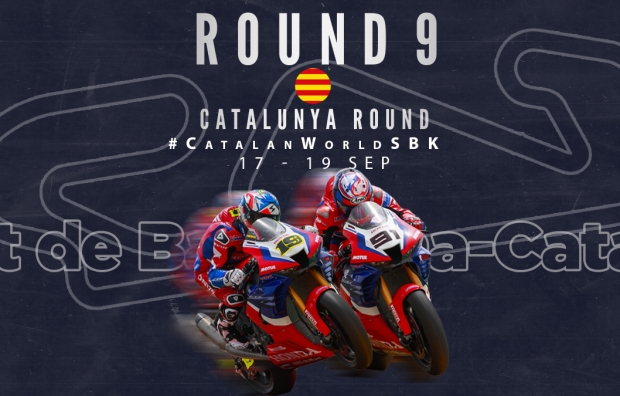 Just over a week since the eighth Superbike World Championship round played out at the Magny-Cours circuit in France, Team HRC is now in Montmeló, Spain, ready for round nine, the first event in a triple-header that will see the SBK field take on the challenge of nine races in three weeks.

The Superbikes made their first visit to the Circuit de Barcelona-Catalunya in 2020, a round during which factory rider Alvaro Bautista scored a top-five finish in race 1, while his team-mate Leon Haslam achieved a best result of ninth in race 2. Bautista also holds the fastest lap record, having set a 1’41.828 during last year’s Superpole race.

In mid-August, Team HRC completed what both riders deemed to be a very constructive test with their CBR1000RR-R FIREBLADES at this same Spanish circuit, the pair now keen to see whether they can translate the progress made during those sessions into results on the track this weekend.

Built in 1991, the Circuit de Barcelona-Catalunya has regularly hosted Formula 1 and MotoGP events right from the early years. Various modifications have been made over the years with a view to improving rider safety, and the track was resurfaced in 2018. 4627 metres in length, the fast and flowing track incorporates fourteen turns, eight of which are right-handers and six left.

“We arrive in Barcelona full of energy after the last two rounds during which we were quite competitive. At Navarra, we struggled a little bit at first but we were ultimately able to improve both our feeling and speed. Then at Magny-Cours we had a good weekend because even if we suffered a bit in practice and couldn’t qualify well, we ran strong races and had good feeling with the bike. Barcelona is a track I really enjoy, with long and fast corners, and of course it's another race in Spain in front of a Spanish crowd, so I am very happy to race there. It will definitely be challenging because the level of the category is very high and there are a lot of fast riders, but I have good memories in terms of our performance last year and I think it can be a good weekend for us. We'll get straight to work to be sure to get every detail right for the races and we'll see - hopefully we can start this triple-header with good feeling and solid results.”

“I’m very much looking forward to racing at Catalunya as it’s the team’s home circuit. Last year was a bit of a disaster for me, because I got hit by another rider and had a really big crash, so it wasn’t exactly the best of weekends. We completed some very useful testing at the track in mid-August, so I’m confident we’ll be able to take some further steps forward. Hopefully we can be challenging closer to the front. We’re heading into three back-to-back rounds, all at tracks I really enjoy, so hopefully the steps we’ve made during testing can translate into a step up in terms of results and we can have some good races.”