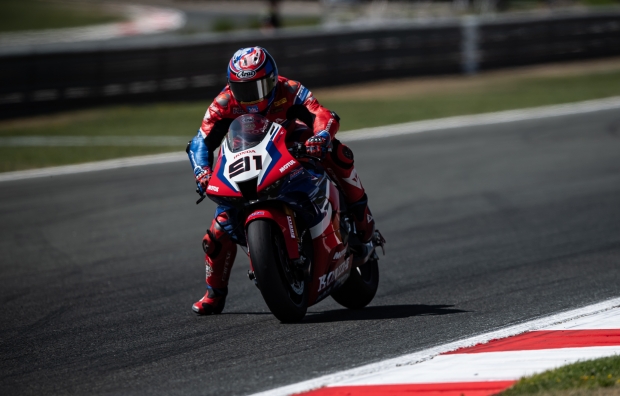 In the first of the weekend’s three races at the Navarra Circuit, Leon Haslam crossed the line thirteenth while Alvaro Bautista unfortunately crashed in the early stages.

The morning’s Superpole qualifying session ran in dry, cloudy conditions. Bautista was able to record a 1’37.412 in the final minutes to finish twelfth, meaning a fourth-row start for the Spaniard in the afternoon’s first race. Haslam set a best of a 1’38.012 to place seventeenth, translating into a sixth-row start for the race.

At 2pm local time, the lights went out on race 1, which ran over a distance of 23 laps. Getting away from twelfth, Bautista was lying thirteenth through the opening laps, followed by Haslam in fifteenth. The factory riders then made up two positions apiece by lap four, moving into eleventh and thirteenth respectively. Unfortunately lap seven brought a crash for the Spaniard, turn twelve proving to be his downfall today. Alvaro was unhurt but unable to re-join the race. Through the later stages of the race, team-mate Leon began to struggle a little with grip but worked hard to maintain a consistent pace and hold thirteenth position to the line.

“I’m obviously not happy with how today went. I didn’t make the best start because I got stuck in traffic through the first corners and lost some positions. But I soon found my rhythm and started to fight with other riders and overtake them. Then I crashed. I had already saved a crash several times earlier in that same lap, before ultimately losing the front through turn 12, but I wasn’t doing anything different. And nothing strange came up when we looked at the data so maybe it was just a case of the track conditions, which were slippery in the heat. Some other riders crashed at that point of the race too, so perhaps it was related to the track conditions. A pity in any case because I could have finished at least eighth, which is not our target of course, but it would have been something after a hard-fought race. Anyway, tomorrow we have another chance, and we’ll try to do well in the sprint race in order to gain a better starting position for race 2, and then we will see if we can improve our feeling and results.”

“Honestly so far this has been one of our toughest weekends, but we knew this circuit would be a difficult one for us. I made a good start today anyway, after what was a very bad qualifying, and I was in a battle with Alvaro and Gerloff and some other Yamahas which honestly, I did not expect. In the end, we struggled a lot though, especially with the front closing, so I really had to work to manage the bike over 23 laps. But as I said, we were not so far from some of the other guys, which I did not expect at this circuit.”

Race Round 07   Navarra Round Spain 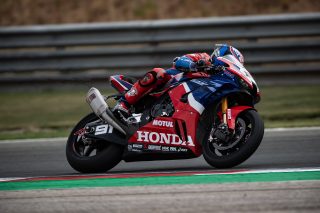 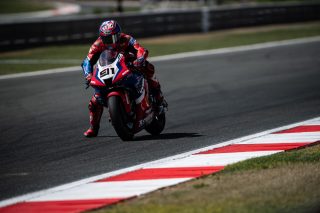 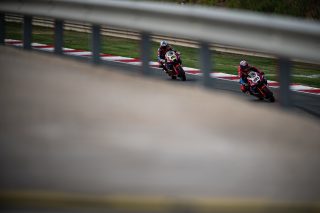 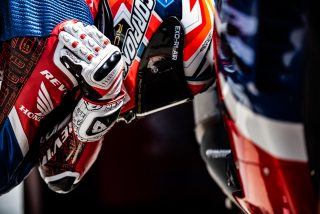 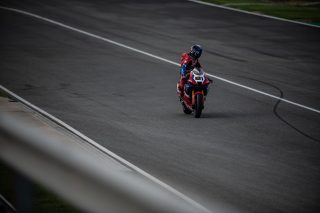 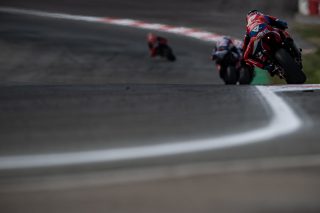 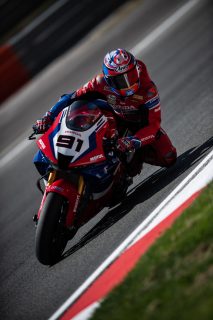 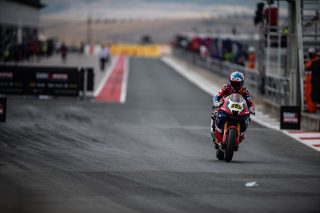 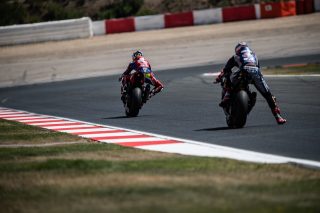 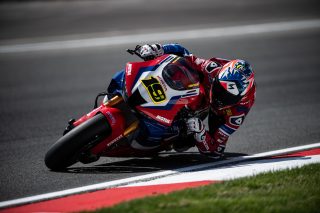 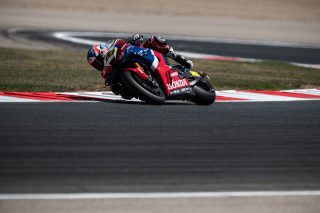 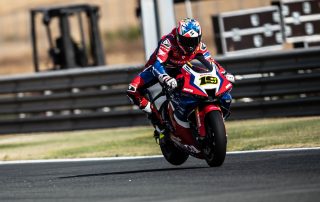 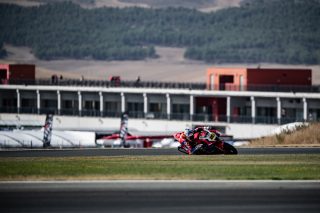 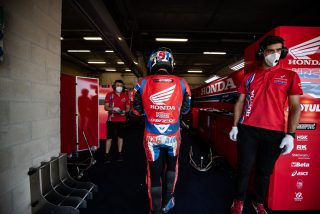 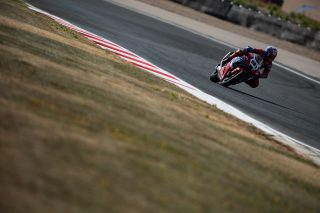 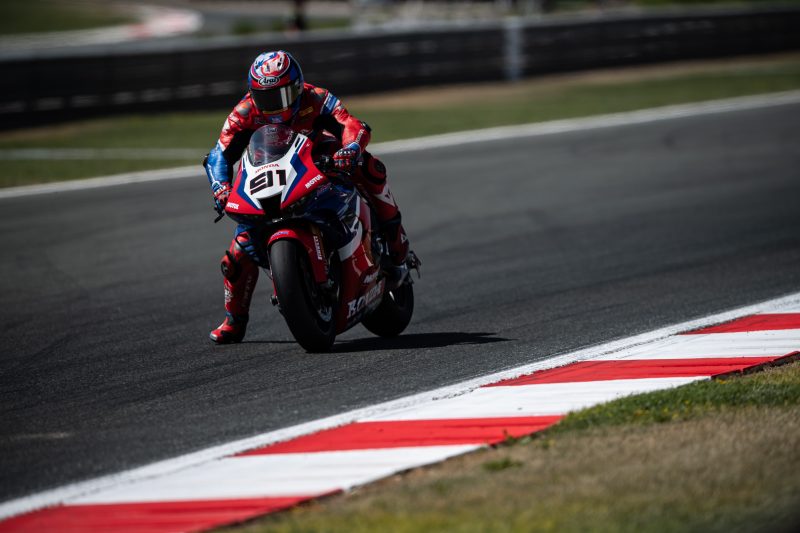