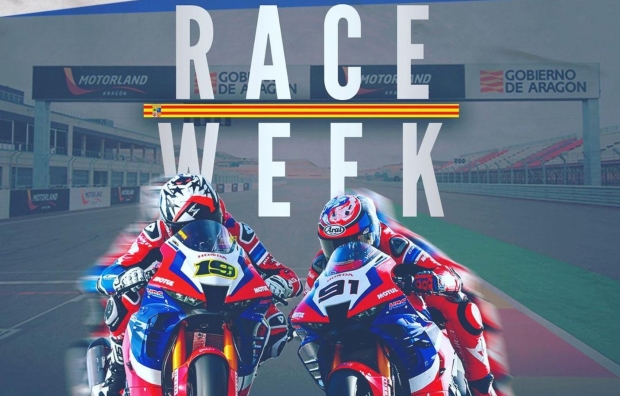 Team HRC and riders Alvaro Bautista and Leon Haslam have arrived at the Motorland Aragón circuit in Spain for the long-awaited opening round of the 2021 Superbike World Championship, taking place this coming weekend. The season starts with back-to-back races, the Aragón round to be immediately followed by the event in Estoril, Portugal, over the weekend of 28-30 May.

In a year in which the world hopes to see the end of the tunnel as far as the pandemic is concerned, the Superbike calendar features a further eleven rounds set to play out across Europe, Asia and South America, with three new entries in terms of circuits, namely Most (Czech Republic), Navarra (Spain) and Mandalika* (Indonesia) for a total of thirteen rounds, as things stand.

Bautista and Haslam completed their final winter test session two weeks ago at the same Aragón track, although the Spaniard was still not 100% fit following a minor training incident. Nevertheless satisfied with the work he completed during the test, Bautista is looking forward to the upcoming races, his confidence further boosted by the fact he reached the podium at the 2020 edition, finishing race 2 in third place. Haslam, who crossed the line seventh in that same race, is also keen to make a strong start to his 2021 campaign aboard the CBR1000RR-R FIREBLADE and is pleased with the progress made over the winter.

A relatively new facility, Motorland Aragón was inaugurated in 2009. Located in Alcañiz, part of Spain’s autonomous community of Aragón, the circuit lies approximately 250 km from Barcelona. The Superbikes have competed at this track on a regular basis since 2011. 5077 metres in length, the track features seven right-hand turns and ten left-handers. The racing schedule remains unchanged from last year, which means that the weekend’s first free practice sessions will run on Friday, followed by qualifying and Superbike Race 1 on Saturday, and then the Tissot Superpole race and Superbike Race 2 on Sunday.

"I am looking forward to the races as the winter’s been too long! We didn’t even test much either, as the testing days are limited by the regulation and also because we had a bit of bad luck with the weather on several occasions earlier in the year. Physically I'm feeling better, maybe not 100% yet but I don’t think I’ll have any problems completing a full race weekend. As far as the bike development work is concerned, I think we have taken some good steps with respect to last year and my feeling with the bike has improved. We have also refined our work in the garage, strengthening some areas. We are still in the development phase, but I am happy with the work HRC has done over the winter. Here at Aragón, we will also be reunited with all the Japanese engineers who were unable to attend the tests this winter due to logistical, pandemic-related problems, though they were following us remotely of course. I am also happy to be starting at a circuit where we reached the podium last year. Motorland is not an easy track because it has a bit of everything - slow and fast corners, changes in elevation and direction, and hard braking points, but at the same time it is beautiful and enjoyable, and I’ve always really liked it. We are all very motivated and hope to make a good start to the championship."

“I’m really looking forward to the weekend’s races. I feel we made some good improvements with the bike during testing, improving our consistency during our recent sessions here at Aragón for example, and now we finally get to go racing. We still have some areas in which to work of course, but we know we’ve already taken a good step since last season, despite some of our winter testing plans having been interrupted by bad weather. I’ve had fun in recent months, basing myself mainly in Spain together with our team manager Leon Camier and my crew chief. I’ve been able to make the most of the weather, training hard and even taking part in a 200km cycle race last weekend. I’m feeling well-prepared now and the team are ready to go too, so it’s race mode on and we’ll see how we go”. 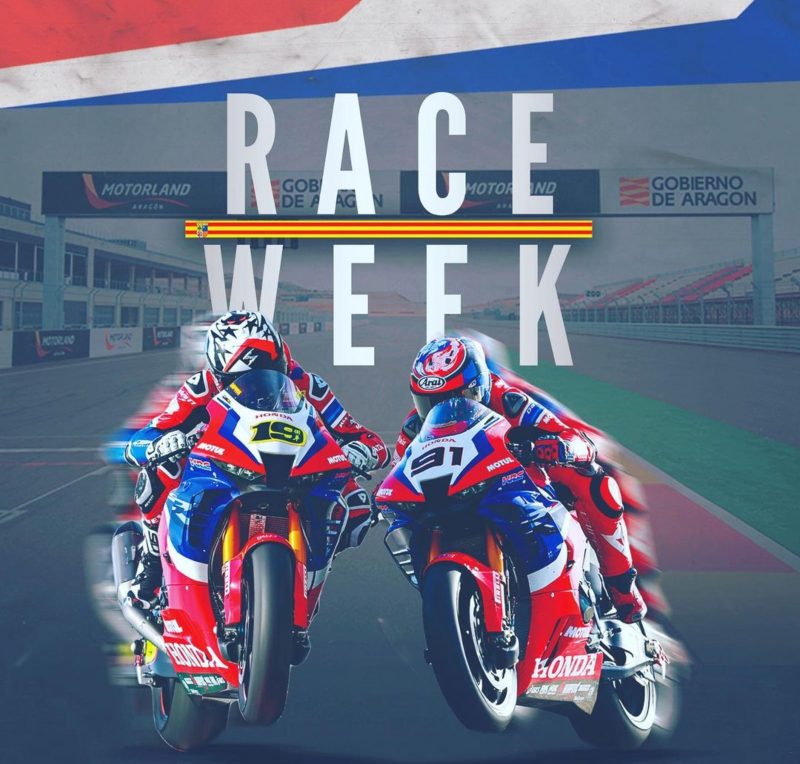