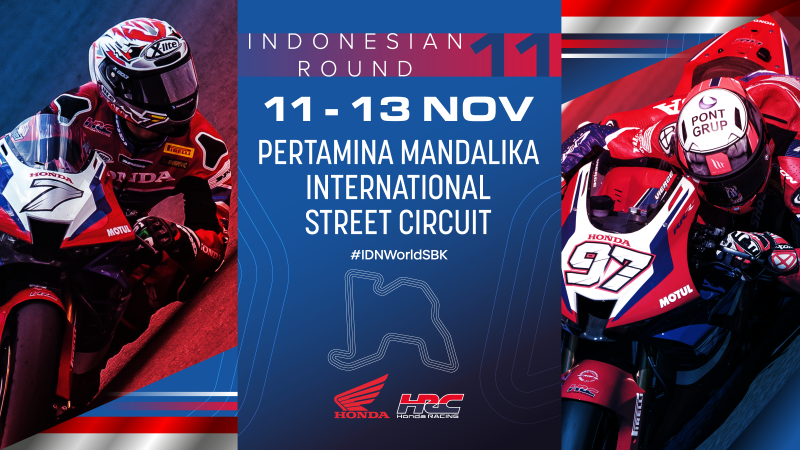 Having raced in Argentina two weeks ago, Team HRC is now on the other side of the world, in Indonesia, for round eleven of the 2022 Superbike World Championship, which is set to play out at the Mandalika International Street Circuit in Indonesia.

Despite Mandalika being another new track for them, factory riders Iker Lecuona and Xavi Vierge have high hopes that this penultimate championship round can bring positive results after a strong outing at the latest Argentinian round saw Lecuona finish race 1 fourth and Vierge cross the line sixth in race 2.

The circuit was only inaugurated last year and the final WorldSBK round of the 2021 season was its very first international race event. The weather conditions were precarious to say the least, with the Superpole race ultimately cancelled due to rain and the second Superbike race running in full wet conditions. Located in the Mandalika area of the West Nusa Tenggara province of Indonesia, the track measures 4.3 km in length. It features a total of seventeen turns, namely six left-handers and eleven right-handers.

“Lombok is the last unknown track for us because I came to WorldSBK before MotoGP went testing and racing there, so we will have to discover and learn another new one. It looks like a layout that I might like, good for my style, but we’ll find out when we head out for the first time on Friday. I saw the crazy weather that affected last year’s SBK round but that’s a typical variable you have to take into account on this side of the world, like the high temperatures. Anyway, we are prepared and eager to get back out on track.”

“I came to Indonesia directly from Argentina, because it’s a country I simply love. So I took the opportunity to spend some days on Lombok before the event and have really enjoyed my time here. It’s a very beautiful place. The track is another new one for us of course, but I’ve watched videos of the past races and have explored it by bicycle. It looks good and I’m really looking forward to starting the weekend and keeping the ball rolling.” 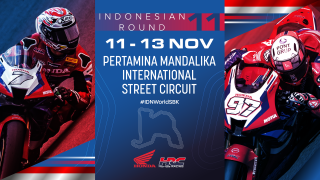