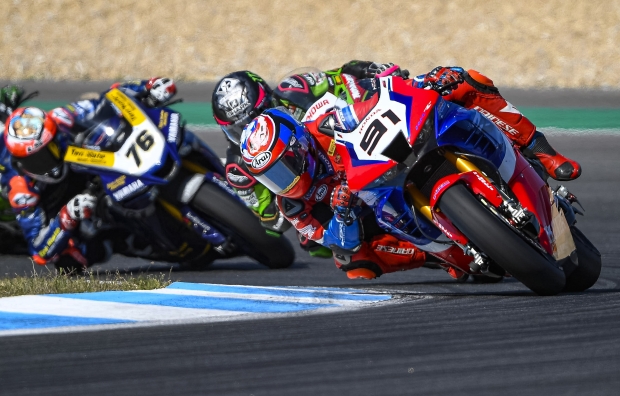 Team HRC has completed the first of the races making up the closing round of the Superbike World Championship at the Estoril circuit. Riders Leon Haslam and Alvaro Bautista experiencing mixed fortunes in race 1, the Brit first achieving the best qualifying result of the season for Team HRC (second) and then crossing the line fifth, and the Spaniard suffering a fall just three laps from the end while lying fifth after a strong comeback.

The two Team HRC riders were out for the final Superpole of the season in dry conditions this morning. The qualifying session was red-flagged early on when another rider suffered a fall. Returning to the track with 19 minutes still on the clock, Haslam made particularly good use of the qualifying tyre, setting a 1’36.856 in the final minutes which was enough to secure a spot on the front row of the grid, in second position, for the afternoon’s Race 1. Bautista closed just over a tenth from his team-mate, his fastest time of 1’37.042 placing him eight, which translated into a spot on the third row of the starting grid.

Come 2pm local time, it was time for race 1. Haslam got away well from second, placing fourth through the initial stages. Bautista, ninth off the line, dropped back to twelfth through the first turns but then started to make up the lost ground, moving into ninth place on lap six and seventh by lap eight. Lying sixth, the British rider found himself part of a group comprising Lowes and his Spanish team-mate Bautista, the trio jostling for positions throughout the central stage of the race. As the laps went on, Alvaro looked set for a top-five finish but unfortunately a crash at turn 6 on lap 18 prevented him from crossing the line today, leaving his team-mate Leon, who was following right behind, to take his place and score the fifth-place result.

“A good result in the end today. I was pleased to be on the front row of the grid but once the race got underway I didn’t have great feeling through the opening laps. I made a few mistakes, even running off track a couple of times which was a little frustrating. But by mid-race I had found good feeling and was able to catch up to both Alvaro and Alex (Lowes). And from there we had a good three-way battle, and ultimately I finished fifth. We made some good steps and were able to maintain strong pace throughout the race and I’m really happy to have another top five finish.”

“Today I'm a little upset about the fall, really sorry actually, because at that moment I was feeling very good on the bike after making a strong comeback. We improved the race set-up of the bike a little compared to all the previous rounds, especially in terms of the electronics. The only thing is that we tend to identify the set-up a little late. Even today, I had to find all the references again during the race itself because the bike felt different from the practices, though it was better, in that I could push harder. I felt good, I could ride hard, especially when I had a free track ahead after moving up the field. I could lap with pace very close to that of the leaders. It was a shame about the crash at turn six. But we’ll try to take the positives, and make another step forward with the electronics, bearing in mind that tomorrow we have two more opportunities to run good races.”

Race Round 08   Estoril Round Portugal 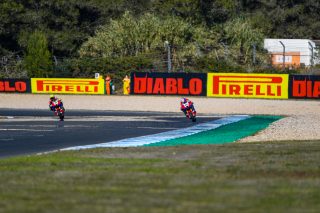 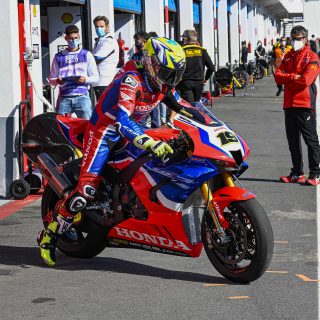 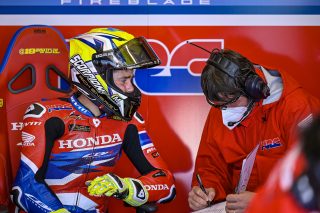 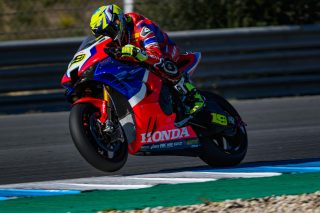 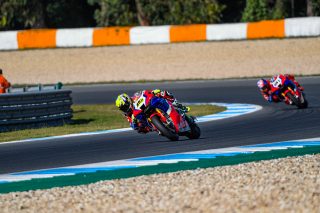 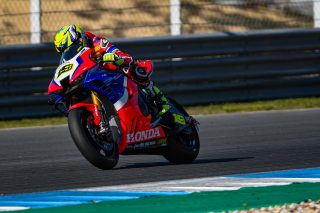 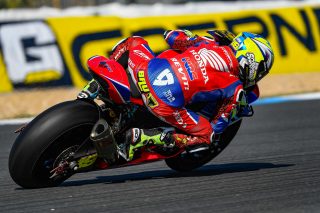 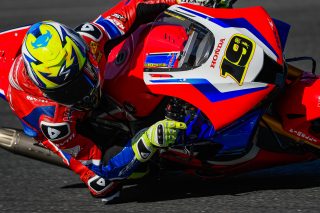 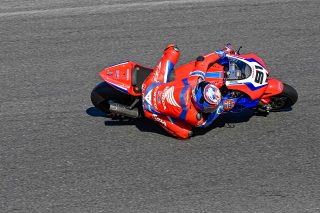 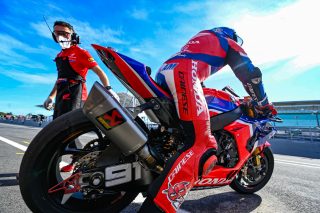 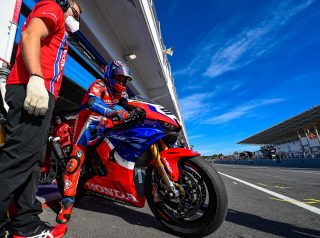 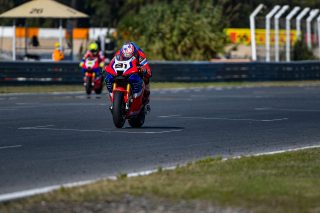 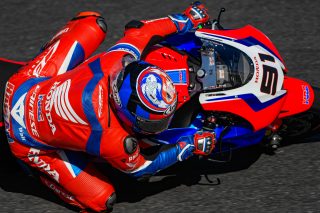 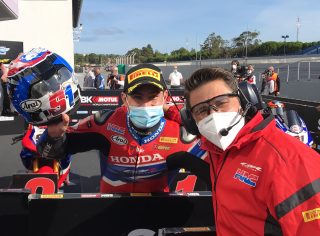 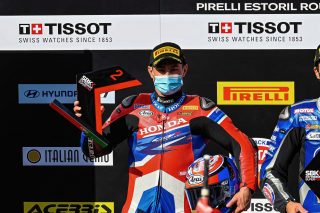 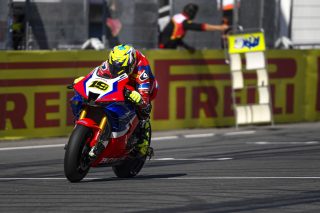 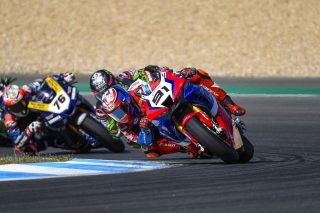 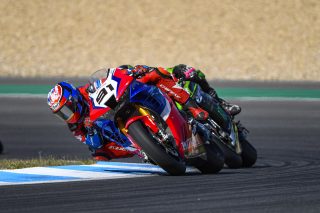 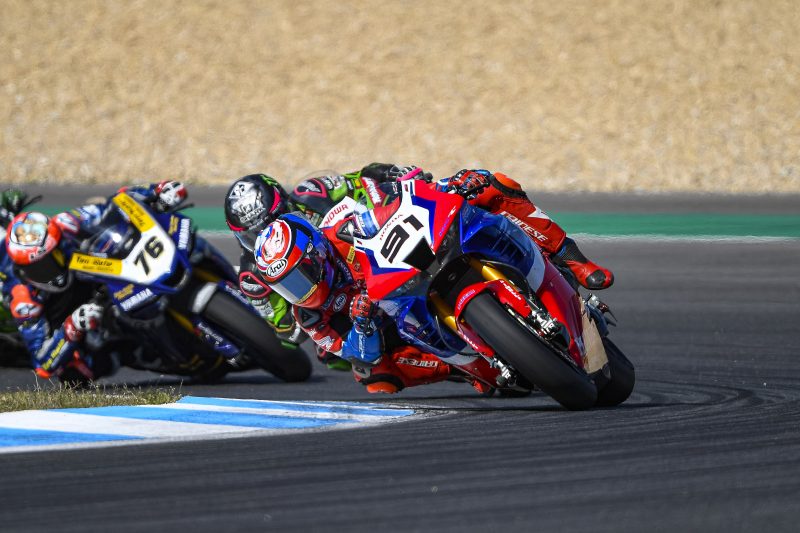