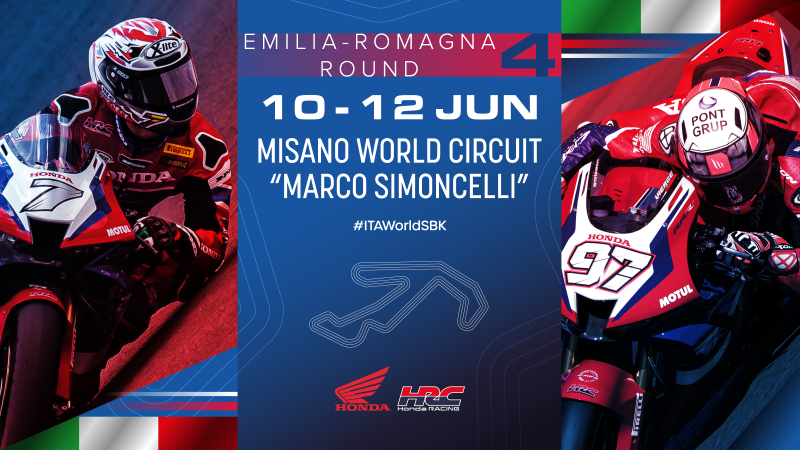 The 2022 Superbike World Championship moves on to Italy, and the Misano Circuit, which will host round 4 of the production-derived series this coming weekend. Team HRC is eager to get started, particularly considering its recent performance during round 3.

At the last Estoril round, Lecuona again showed to be more than comfortable aboard the CBR1000RR-R FIREBLADE, completing all three of the weekend’s races inside the top six. Vierge was also able to score a strong top five finish in race 1, his best result of the season to date.

Following a trip to Japan last week, where they were able to discover the historic Suzuka Circuit and visit the HRC headquarters to meet their Honda colleagues who work relentlessly to achieve the same common target, Lecuona and Vierge are now keen to build on their points tally and maintain the recent upswing.

Now known as the Misano World Circuit Marco Simoncelli, the track was officially inaugurated in 1972 and first featured on the WorldSBK calendar back in 1991. Located on the Rimini Riviera, it has become a classic venue for the production-derived series, the event regularly taking place during the summer tourist season. The track measures 4226 metres in length and incorporates 10 right-hand turns and 6 left-handers.

“We head to Misano after a great week in Japan where we enjoyed meeting Honda Super GT Drivers during the Suzuka round of the series, before having the chance to get in the saddle and experience that amazing track for ourselves. We were also able to visit the HRC headquarters in Saitama and meet all our colleagues working behind the scenes, something that gave us a real boost and positive vibes. Each time we head out on track, we work to improve the bike, the base, my feeling, the feedback, and each weekend we’ve got gradually closer to the front, improved our pace and are fighting more consistently. So the target remains the same as ever, we’ll work step by step again this time around and see what we can do. This is our first visit to Misano with the CBR, but I like the track and am looking forward to getting back to work.”

“I know the Misano track very well and really like racing there. I love the layout and have some good memories from previous years of competition, so I can’t wait to get there and discover it all over again with the Superbike and see where we can arrive this time. We are working very well as a team and we felt just what it’s like to be part of the Honda family last week, as we visited the HRC factory in Japan. I really enjoyed our days there, which included a visit to a Super GT round where we met the Honda teams racing in the series and of course the pleasure of exploring the iconic Suzuka track during the subsequent test. Now that we’re back in Europe, I hope we can work well in Misano right from Friday and obtain some good results.” 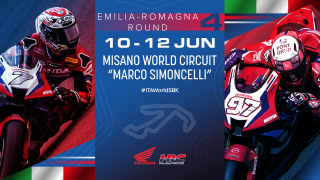